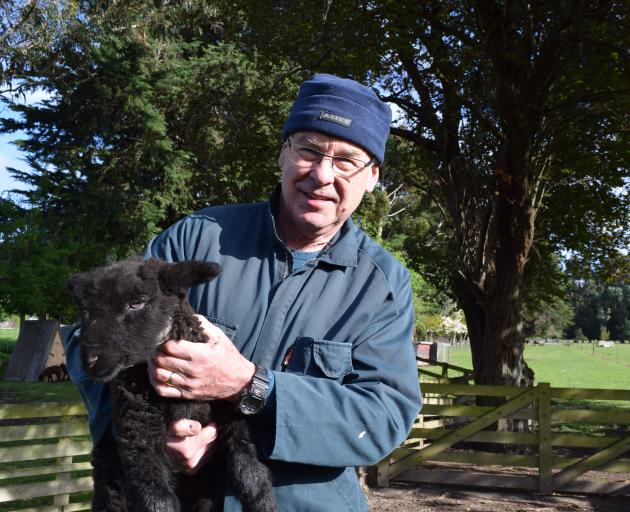 The event was open to the public and would appeal to lifestyle block owners seeking advice on keeping black and coloured sheep.

"We learn so much from each another.''

After buying his home in 1988, he decided to buy animals to eat the grass on the property.

He bought sheep because they were easier to care for than other types of grazing animals, such as cattle, which needed plenty of water and stronger fencing.

As well as maintaining the grass level, the flock produced wool for sale.

As lambs, the wool was "jet black'' but the wool got greyer as the sheep aged.

The condition of the flock had steadily improved over the years by ensuring that sheep with better qualities were saved from a trip to the freezing works.

"We started with pretty scruffy ones.''

The ewes in the flock were good mothers and never needed help caring for their lambs.

For the first time in a decade, a lamb had been taken on as a pet.

His grandchildren had named the lamb Sonny Bill, a nod to it sharing the same colour of the uniform of All Blacks rugby player Sonny Bill Williams.

Sonny Bill the lamb had visited Mosgiel rest-home Chatsford retirement village and was a hit.

The free farm crawl starts at 756 Waihola Highway at 2pm on Saturday and includes an optional potluck dinner at the final stop.