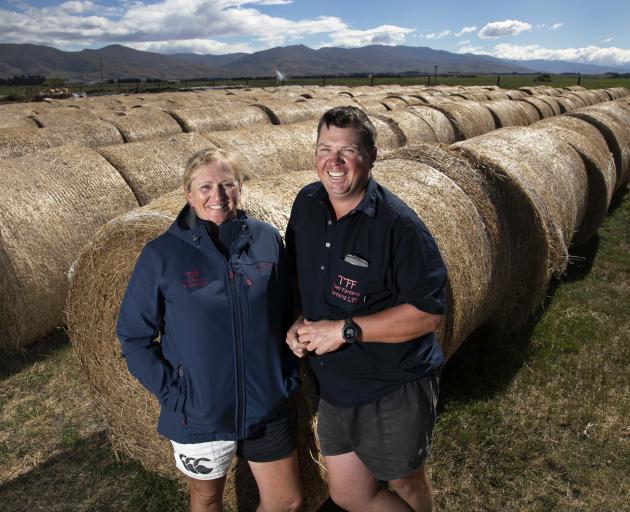 The couple won the 2020 Otago Ballance Farm Environment Awards, and opened their farm gates in Omakau for a field day last week.

Mrs Gillespie, speaking to about 100 people on the day, said she and her husband were a "solid team".

She did the "stock work and finances" and he did the "tractor work, irrigation and agronomy".

"We don’t tend to argue — we go that’s your department and you deal with it and that’s my opinion and I’ll stick with it — it’s the way we work and it works really well."

"They are the core — they have their own stock and their own gully they are planting. We keep them really involved all the time and we hope one day they’ll be here in our shoes."

The farm had been diversified into beef finishing to complement the original dairy grazing business.

About 500 beef cattle were finished through winter and spring.

Mrs Gillespie said a main objective was to maximise the amount of feed grown so the stock was "fully feed all the time".

"Everything is grown as fast as it can."

Mr Gillespie, speaking to Southern Rural Life on the day, said he preferred the term "grazable" to "effective" because the other 34ha includes vegetation, such as riparian planting, which should not be considered "non-effective".

"They play an important part — it’s all effective but for different purposes." 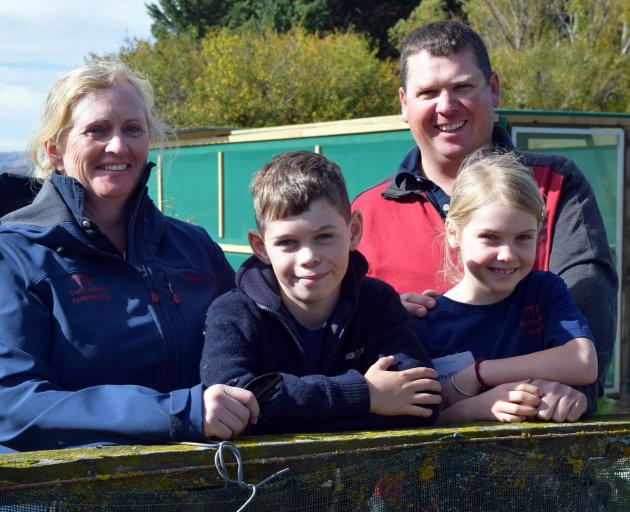 Otago Ballance Farm Environment Awards supreme winners Ben and Anna Gillespie and their children Will (10) and Milly (7) visit their riparian planting nursery.
In his opening speech at the field day, Mr Gillespie said the couple met studying agriculture at Lincoln University, then worked for Landcorp Farming in Te Anau and Taupo and worked on a dairy farm and managed a sheep farm in West Otago.

They began leasing the farm in Omakau from his parents Alan and Jan Gillespie in 2011.

They initially took over a lease for about 300ha and increased it by about another 100ha the following year.

When they started there were "100% dairy grazing", wintering about 1300 cows.

The following season, they began trading beef calves and bought the farm.

Mr Gillespie said since owning the farm they had established seven new wetlands and planted about 3km of shelter belts in the past three years.

Native plants were grown in an on-farm nursery for riparian planting.

Mrs Gillespie, speaking to Southern Rural Life on the day, said a reason for the environmental work was "kaitiakitanga".

"It’s the guardianship and belief that we are doing is the right way to manage land and we are managing it for our kids and for their kids — we are generational farmers — farming is a passion and looking after the land is a passion."

Mr Gillespie said the environmental work was "the right thing to do".

He expected the Government to one day introduce legislation to make riparian planting mandatory near waterways on farms.

Fencing around waterways "made sense from a management point-of-view".

Otago awards judging co-ordinator Paula Cross, of Dunedin, speaking at the day, said the "close-knit family" won the regional title because "they have an incredible passion to learn, take on new ideas and analyse data for the best outcomes."

As well as the supreme regional title, they won the Wise with Water Award "because of their impressive management of water" and the time they gave to the Lauder Water Users Group and Otago Water Resource Users Group.

The couple won the Soil Management Award because their "nutrient management decisions were based on factors best for the soils and the environment", Mrs Cross said.

Field day facilitator Hayden Craw, speaking at the day, described the winners as "a passionate farming family", which was "never content with the status quo" and "have a desire for continuous improvement".

Central Hawke's Bay sheep, beef and deer farmers Evan and Linda Potter were named the overall winners and recipients of the Gordon Stephenson Trophy at a ceremony in Wellington last month.