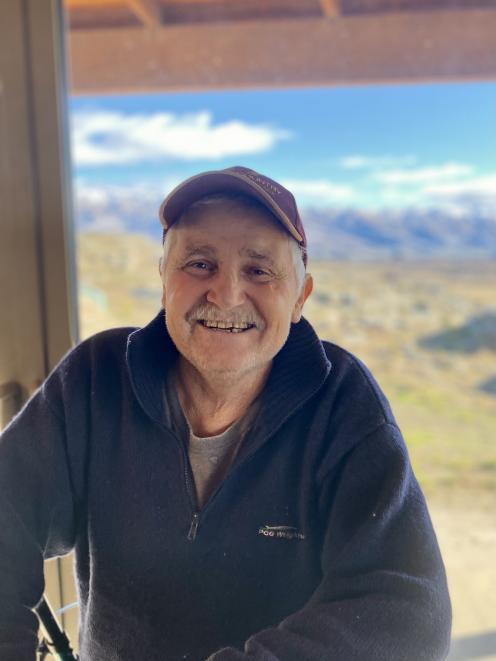 Mr Tisdall, along with mates Tony Markham and Davie Murdoch and brother Larry Tisdall, were horseback cantering down Dunedin’s Forbury Rd, each with a beer in hand and grinning like Cheshire cats. Earlier that day they had been part of a Speight's Southern Man promotion.

Atop their horses and fitted out in oilskin jackets and hats, they had led a parade of university Scarfies from the Octagon to Carisbrook Stadium where they circulated around the ground, still on horseback, throwing Crunchie bars and T-shirts into an exuberant sell-out crowd.

“We then took off through the city, cantering down the middle of the road, back to Forbury Raceway where the horses were being kept overnight. We got picked up and taken back to the game, where we were treated like royalty for the rest of the night,” Mr Tisdall recalls.

It was one of the best days of his life, he reckons, and as he stares down the barrel of the unknown, battling prostate cancer, he said it was days like those that make him feel grateful for what life has offered up.

Born and raised in a farming family in the Nenthorn Valley, not far from Macraes, Mr Tisdall was a practical-minded young man.

He tried his hand at several occupations in New Zealand and overseas, including building in Canada and Europe, shearing in Scotland, driving road trains and breaking in horses in the Australian Outback, and farming, fencing and truck driving back in New Zealand. 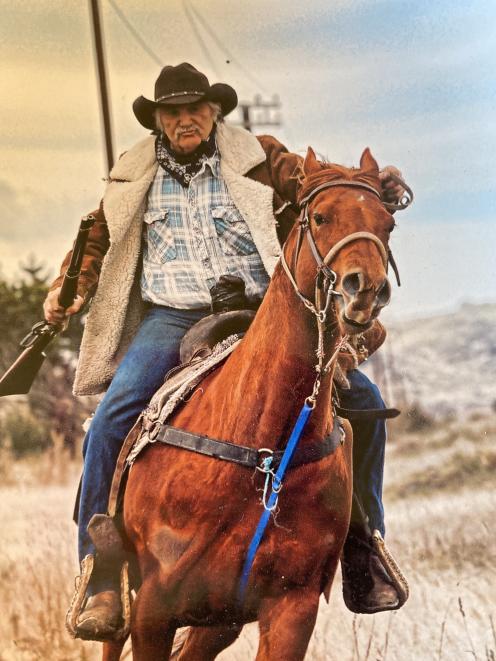 Mr Tisdall played his part in a bandit group that would stage a ‘robbery’’ on the Taieri Gorge Train. PHOTO: SUPPLIED
After leaving school and before his overseas adventures, Mr Tisdall worked on the family farm and it was then, as a young man, he got to know Ashley McGregor, the head shepherd on Middlemarch’s Gladbrook Station.

“He ended up playing for the All Blacks and he was also a good bull rider. He got me hooked on rodeo.

Later he moved to steer wrestling, which was his main event for a long time before he changed to team roping.

Through rodeo he met future wife Kathy and they went on to have two boys, Scott and Roy, now 20 and 25.

The trio all like to compete in team roping and this last season Scott and Roy made it to the national rodeo finals in Taupo.

Mr Tisdall, proud as punch of his boys and despite his progressing cancer, made it his mission, not once but three times, to transport the horses from his home to North Island competitions. “It hurt, but I got there!”

In 1985 the couple bought a 1300ha farm at Shannon, in the Strath Taieri Valley.

“I remember the year we bought it well because not long after Rogernomics hit, land prices dropped, and interest rates went through the roof. I had to go back shearing to make ends meet.”

He later worked as a truck driver for Hendy Cook, at Cook’s Transport in Hyde. Farming improved and they went on to purchase 150ha of land not far there in Sutton, which borders the bank of the Taieri River. “It was originally part of the much larger Gladbrook Station, called the River Block.”

When his young boys started school, Mr Tisdall realised just how little he saw of them and the couple decided to sell the Shannon farm and focus on making a living off the smaller Sutton block, as well as trucking.

“We had worked bloody hard all those years. We thought, ‘bugger it, let’s build our dream home on a magic spot at the River Block’.”

The home is grand with a rustic schist rock exterior and massive log beams in the lounge. The view from every window is breathtaking, with the Rock and Pillar Range in the background and the ever-changing Taieri River literally a stone’s throw below.

Mr Tisdall also answered the call to head to the West Coast every so often and give a hand to JJ Nolan for his annual cattle musters.

“Hendy has been very good about that; I can recall one year I got word that JJ had rung and needed me over there the next day. Hendy had already made arrangements so I could drop everything and go.

‘‘I have always been very appreciative of the respect he has shown me there.”

Since his prostate cancer diagnosis 15 years ago, Mr Tisdall said he has got on with living his life as well as he can.

“The cancer has been lingering for a long time, but it has kept me very grateful and open to opportunities that have come my way.

‘‘I believe I have lived in an era which, dare I say it, is gone now; there was very little red tape and bureaucracy to worry about. We just did what we wanted, and boy did we have some fun!”