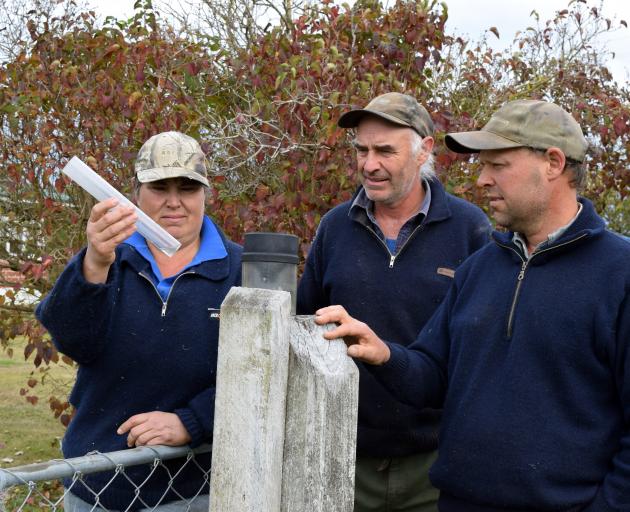 Westwood Farm co-owners and siblings (from left) Anita, Quinton and Eric Erskine check a rain gauge on their sheep and beef farm in Papatotara near Tuatapere in Western Southland. PHOTOS: SHAWN MCAVINUE
Parts of the South have been the driest on record for the four past months. Shawn McAvinue talks to Southland farmers about how the long dry spell has created big demand for food.

A long dry summer has sparked a feed shortage for farmers in Southland.

Westwood Farm in Papatotara, near Tuatapere in Western Southland, is owned and run by siblings Anita, Quinton and Eric Erskine.

Anita said the feed shortage on the 455ha sheep and beef farm began about a year ago.

The shortage was due to difficulty getting stock to the meatworks, a wet winter and spring, followed by a dry and windy summer.

The family had been recording rainfall levels on the farm since 1958 and the driest ever January-March period was this year when 140mm rain fell — just 45% of normal.

Grass was stressed and quickly went to seed and lost nutritional value, she said.

To relieve some pressure on feed supply, about 80% of lambs were sold as stores and about half their prime cattle, about 30, were on offer at a special dry conditions sale at Lorneville this month. 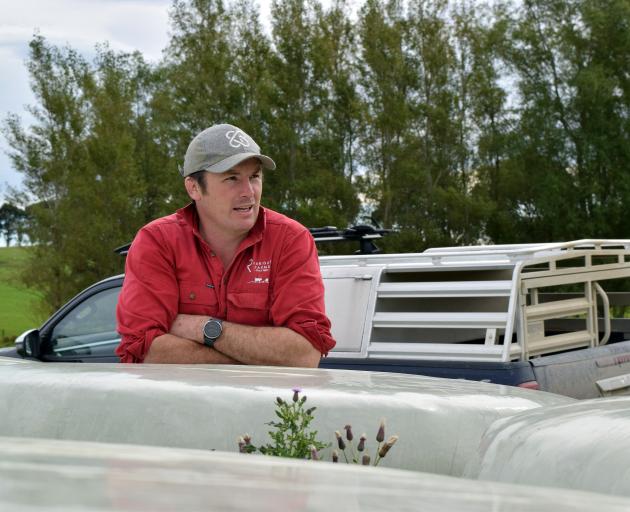 Farmer Dean Rabbidge is buying supplementary feed for his sheep and cattle due to a lack of grass growth during a long dry spell on his farm in Wyndham.
No reserve was put in the 18-month-old cattle because they could not afford to feed them.

"We told them we didn’t want them."

Space in meatworks remained tight and some cattle booked in February were still waiting to go and eating feed.

The family jumped on a recent offer from the meatworks to take five prime Shorthorn beef cattle last week.

"It’s five less mouths to feed. When a drafter offers you space, you don’t turn them down."

The condition of the sheep and cattle was lighter than usual and she was concerned about the impact it would have on lambing and calving percentages.

They had bought four loads of hay and one load of baleage and feed levels still remained lower than usual.

Demand for feed had increased prices, she said.

"We’ve probably spent about 15% of our income on buying in feed." 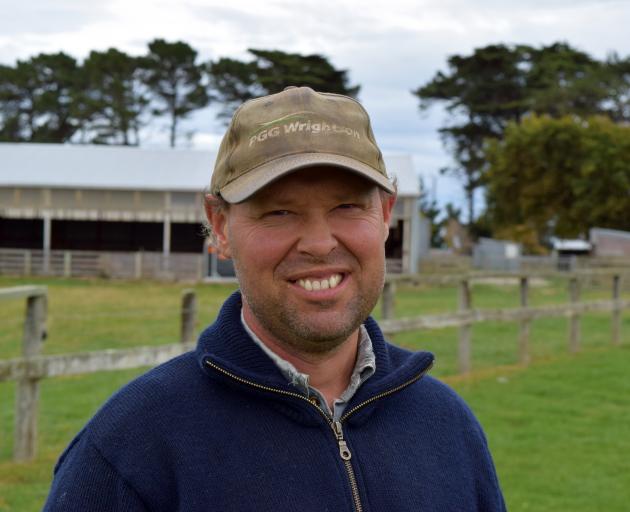 Westwood Farm co-owner Eric Erskine, of Papatotara, near Tuatapere in Western Southland.
She feared soil temperatures were dropping quickly and it would be too cold for any rain to grow grass.

Their winter crops — a mix of swedes and Raphno — had been doing well unlike many other farmers in the district.

She heard of a farmer’s swede bulbs shrinking to stay alive in dry conditions.

Quinton said he knew a farmer who had a paddock of fodder beet and the leaf looked good but no bulbs had formed.

Eric said he knew a dairy farmer whose winter crop was down about four tonnes per hectare.

"Most farmers you talk to say they have a feed deficit."

Eastern Southland farmer Dean Rabbidge is one of them.

On his 550ha effective farm he owns and leases in Glenham, about a 20km drive southeast of Edendale, he runs about 9000 stock units — a mix of sheep, beef and dairy. 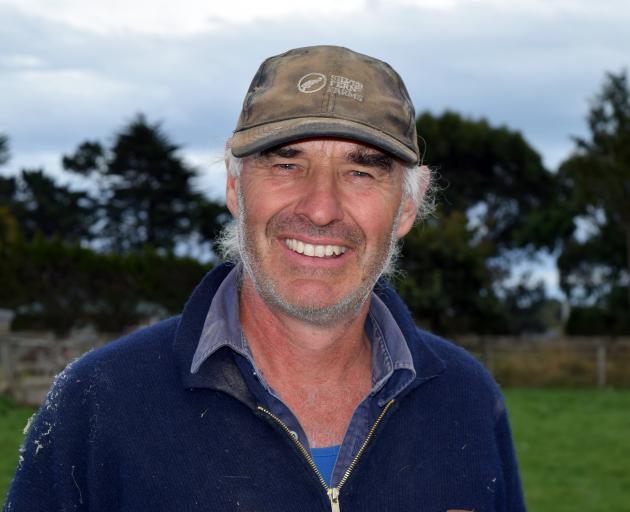 Westwood Farm co-owner Quinton Erskine, of Papatotara, near Tuatapere in Western Southland.
Rainfall in April had been normal but a dry summer and March had soil moisture levels lower than normal.

Pasture cover was down about 1000kg per hectare.

"That’s a lot of grass to make up. It’s too late in the season to grow the feed deficit we need."

Consequently, store lambs were sold earlier, the remaining flock were being fed sheep nuts and baleage had been bought.

Baleage was in short supply in the South and prices were high.

He had a truckload of baleage coming from Canterbury.

The feed cost a "reasonable" $90 a bale and it cost another $65 to transport, which made it comparative to the cost of a bale in Southland.

Transport costs were high due to rising fuel costs and trucks returning empty because meatworks had no capacity to take stock. 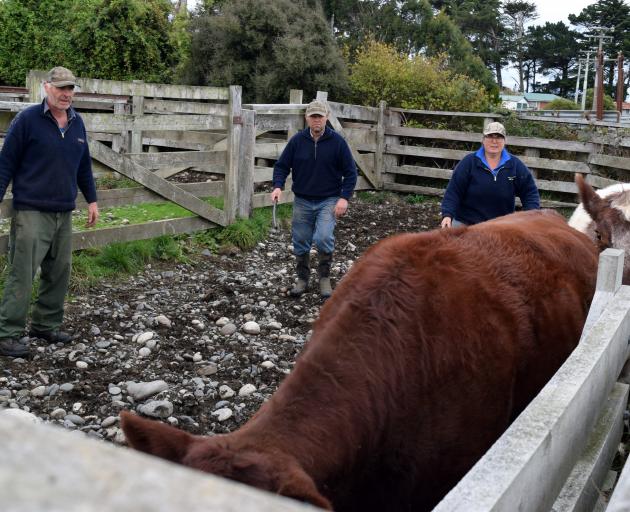 The Erskines load 18-month-old beef Shorthorn cattle on to a truck on their sheep and beef farm in Papatotara near Tuatapere in Western Southland.
"It’s been a perfect storm."

He heard of some farmers in Southland already allowing stock to graze winter crops and hoping for a mild winter.

"Hoping for a mild winter in Southland is a dangerous game to play."

The condition of the dairy cows had been good due to warm weather but milk production was "well down".

Milking of the herd would soon be reduced to just once a day to conserve pasture for spring.

They had been milking the herd 10 times a week since Christmas.

The ram was out now and the ewes were in lighter condition than he would have liked.

"Normally at the end of March you can let the reins go and pump feed into them and flush them up nicely but we haven’t had that ability — the handbrake’s been on since Christmas."