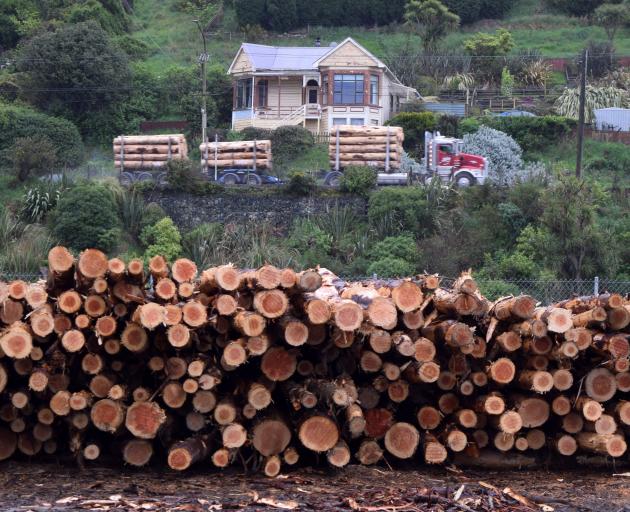 A logging truck travels past a firewood business in Ravensbourne, on State Highway 88.
In an occasional series, Shawn McAvinue travels highways in Otago and Southland and when something catches his eye, he stops and talks to the person responsible for that something. For this instalment he stops to photograph logs beside State Highway 88 in Dunedin and talks to Southern Wood Council chairman Grant Dodson about them.

The 12km highway starts in central Dunedin, runs past Forsyth Barr Stadium, along the northern banks of Otago Harbour, and ends at Port Otago in Port Chalmers.

I’m travelling from the city to the port, and the first pile of logs to be seen are those stacked in the Fryatt St log yard across from the stadium.

Southern Wood Council chief executive Grant Dodson said some of the logs from the yard were shipped from nearby Leith wharf.

Ships using the wharf could only pick up a part load of logs because the shipping channel was not deep enough for ships to take a full load, he said.

Logs were trucked on SH88 for shipping from the deeper waters of Port Chalmers.

‘‘It’s the only deep-water port available to the primary sector in Otago and Southland.’’

Rail transport was available between the yard and the port, but the rail option lacked the flexibility the industry needed, he said. 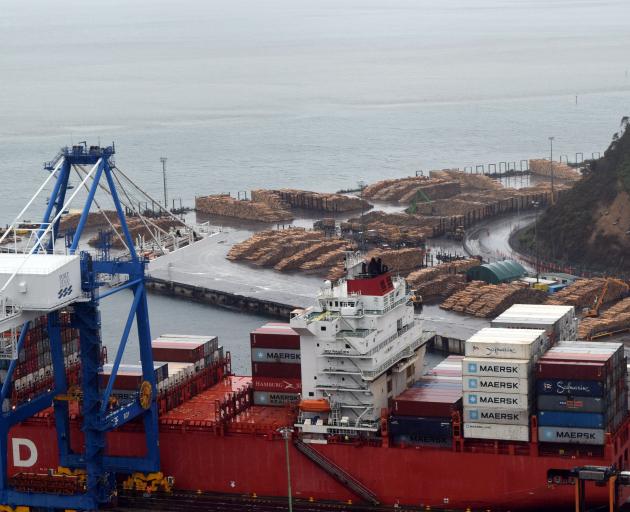 Port Otago in Port Chalmers.
Log prices were strong but began to ‘‘soften’’ in July.

A reason for the ‘‘softening’’ was the significant increase in the cost of shipping in the past year.

Consequently, big ships and the highway were a ‘‘critical’’ in allowing the primary sector to export its goods more efficiently, he said.

$182million worth of logs was exported.

Project aims included reducing the number of large truck-and-trailer units on SH88 and having a clean wharf in Port Chalmers with no dust and bark to cater for its cruise ship passengers and container terminal clients.

‘‘While our plans see logs ultimately being shipped from the Dunedin Bulk Port, some customers are not convinced this is the way to proceed. Their main concern is around the upper harbour channel not being deep enough to complete a full on-deck vessel load for a single destination when needed.’’

The log customers at Port Chalmers were important to Port Otago, he said.

‘‘We know some of them are concerned about the move. We will continue to work with them on the Dunedin Bulk Port solution.’’