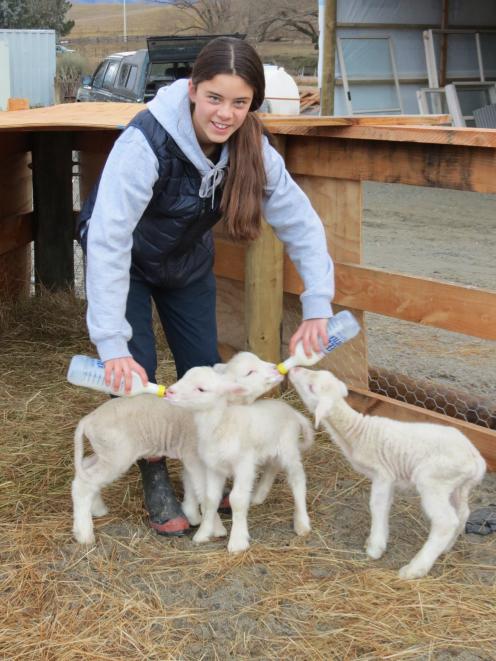 PHOTO: YVONNE O’HARA
A Central Otago lamb has been found to feature in a film following last week’s shout out in the Otago Daily Times.

On Saturday it was reported Auckland film-maker, and former Dunedin resident, Rebecca Tansley was searching for one for a few scenes being filmed this week in Omakau.

Due to the time of year, she she had been unsure if she would have any luck.

However, some early lambs made an appearance at Josh and Rochelle Hack’s property at Springvale, near Alexandra, last week.

Three of the lambs are usually bottle fed by 13-year-old Chanel Hack.

One of the bottle-fed lambs, Pixie, pictured right,

will feature in the short drama, written and directed Ms Tansley, which tells the story of a teenage girl’s efforts to reconnect with her estranged father during a cold snap in spring.