Plea to lock up dogs at night after lambs killed 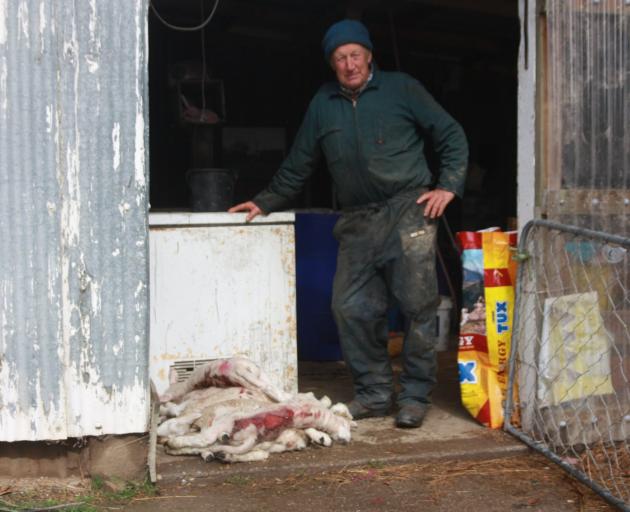 The attacks on the nights of August 30 and 31 caused fatal injuries to several lambs, as well as mis-mothering and scattering the recently-born stock.

Some lambs were found three paddocks away from their mothers.

“It’s annoying. You work long hours at lambing time and could do without this,” Mr Brown said.

He had reported the attacks to police and to the Waitaki District Council.

“The trouble is, it’s happening during the night, so it is hit or miss trying to track them,” he said.

“I could sit in a paddock during the night but [the dogs] go different places.

“We are in the early stages of lambing .. this is the last thing we need.”

As well as the financial loss, farmers cared for their stock and it was not a nice feeling to lose any lambs, Mr Brown said.

He had visited the neighbouring properties, the owners of which were also concerned about dogs on the loose. They had not reported any attacks.

Mr Brown’s report came after a Palmerston farmer lost more than 50 lambs and ewes in a dog attack on August 25. In that case, the owner of the dogs had taken responsibility and council staff were working with all parties to resolve the issue, Mr Bardsley said.

“It is important that dog owners prevent their dogs from wandering, irrespective of urban or rural environments,” he said.

“Recent incidents of dogs attacking stock have been frustrating for farmers and our regulatory services staff.”

The council had the power to prosecute owners of dogs found to be attacking stock and to seek reparation on behalf of the farmer, he said.

Anyone wanting advice on how to prevent their dogs from wandering or worrying stock is encouraged to contact the council’s regulatory services team on (03) 433-0300.