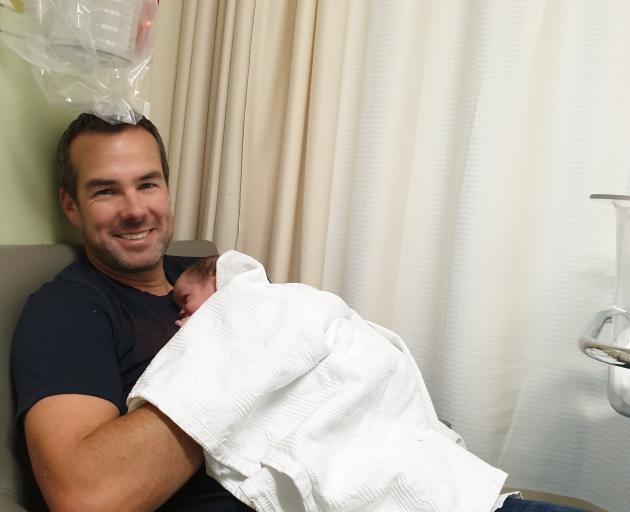 Cam Henderson became a dad to daughter Annie as the country went into lockdown in March last year. PHOTO: CENTRAL RURAL LIFE FILES
Cam Henderson is hoping for an uneventful few months, after the challenges of 2020.

The Federated Farmers North Canterbury president is preparing to stand down after four years in the top job at the group’s annual meeting, expected to be held in May.

With his second child due in April, Mr Henderson will be hoping to avoid last year’s experience, when he became a dad for the first time as the country went into lockdown.

"In some ways it was good having a quiet time, with no face-to-face meetings and having the house to ourselves, but this time around with a second child we would be quite happy to have that extra help."

Life has certainly changed for Mr Henderson since he took on the role of provincial president.

"I was a single man when I first stepped up as president and now I’m married with a second child on the way.

"I think it’s time for someone else with a bit more energy and who is getting more sleep to take it over."