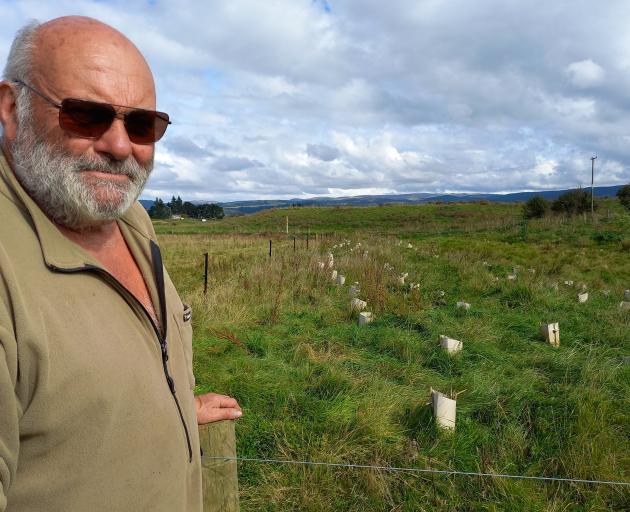 Now he is enjoying seeing increased biodiversity on his Island Stream dairy farm, near Maheno, including a wide variety of bird species.

Mr Batchelor’s property was one of four sites visited last week as part of on-farm sessions organised by the North Otago Sustainable Land Management (Noslam) group to show some of the work undertaken through Jobs for Nature funding.

The Jobs for Nature project was a government initiative aimed at improving the environment while also creating employment. 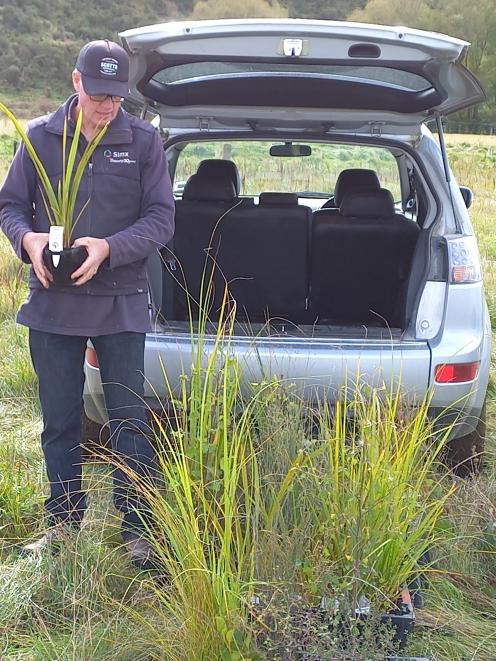 North Otago nurseryman Trevor Lee shows native plant varieties that are suitable for riparian planting.
Four farmers who had undertaken a project hosted a session to discuss their site, the planting plan, what was involved with getting the plants in the ground and the costs associated with the project.

The aim was for people to view how planting critical source areas and alongside waterways with the right plants could stabilise banks, decrease erosion and improve water quality by reducing runoff and filtering and removing contaminants.

Pupils from local schools had also helped with some of the plantings, co-ordinator Rob McTague said.

At Mr Batchelor’s site, on the corner of Island Stream and Buzan Rds, planting began in January this year on a 6035sqm area.

Stock had been fenced out of the waterway and Mr Batchelor said the profusion of aquatic plant Azolla rubra in the water was a good indicator of how clean it was.

Mr Batchelor had farmed in North Otago for about 15 years; he spent nearly two decades with the Department of Internal Affairs’ wildlife branch, before becoming involved in the venison industry and fishing out of Milford Sound.

He had also been a councillor on the Southland and Central South Island Fish & Game councils and was ‘‘very keen’’ on plants, waterfowl and other species.

He said he was looking forward to more planting on the property.

Totara nurseryman Trevor Lee, who provided the native plants, outlined the varieties that could tolerate either sitting in water or being damp, and other options for above the water line. He sourced as much as possible locally.

The funding for the planting project in North Otago would run out at the end of a three-year term and it then had funding for a following 15 months of maintenance.

- Noslam is hosting two workshops on April 27, at Weston and Papakaio, to share information about plan change 8 (discharge management) to the regional water plan for Otago which was due to come into full effect within the next few months.

The plan change included significant changes to the rules for both the storage of effluent and application of effluent in Otago.