Retiring from farming not simple

That’s the message from Rhodes Donald, from Polson Higgs Wealth Management in Dunedin, who has completed a study of retired farming couples.

He advised other farming couples to begin the process at least five years before they thought was the right time.

Now that his work was written up, it was ready to be distributed to anyone that was interested and he also wanted to speak about it to groups.

It also tied in with the work being done by Marlborough farmer Doug Avery, author of The Resilient Farmer, with whom he had been in touch, he said.

While he had never been a farmer, Mr Donald had a background in the farming sector and  the project represented an ongoing interest.

He expected there would be a new chapter in a year or two and eventually the project might turn it into a book. 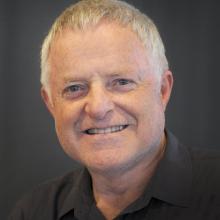 Rhodes Donald
His objective was to let people know there was a lot more to the issue "than just putting an investment portfolio together".

Brought up in Wairarapa, Mr Donald was convinced he would have been a farmer if he had not had club feet and found it difficult to walk, let alone farm.

Sixteen years ago, he opened a financial planning business with the partners of accounting firm Polson Higgs, which has a strong rural clientele.

That had been the most rewarding work of his life as it combined a technical element with the people side.

"I am drawn to the couples I meet on their farms and in their businesses, hearing how they got to where they are, listening to their stories and seeing some of the personal risks they face as they move to the next stage in their lives.

"It is getting involved with people and helping them see their way through their struggles that stirs my passion," Mr Donald said.

It dawned on him that he did not really know what it meant to be a farming couple, facing an uncertain future after years of farming and worrying about the next stage of life.

They were often leaving their farm, home and the place where their families had grown up, as well as their place of business, all at once.

So he decided to approach some of the firm’s retired farming clients and find out what it was really like.

Of the 20 couples he interviewed, five were in transition in that they had shifted off the home farm but were working almost full-time in some way with farming.

There were another five couples who had downsized on to hobby blocks while the balance of 10 couples were fully retired and not involved in farming at all.

While farm succession was a popular topic in the farming fraternity, that was not his area of expertise. Instead, he was interested in the lifestyle implications of moving off the farm.

Several women in the group found the shift off-the-farm the hardest, which was a surprise to him.

Even where the women were quite social in their country towns, it wasn’t the same for them on moving to a larger town.

There was, for some, a feeling of isolation among the hustle and bustle of the bigger town. It was if they didn’t know how to start again.

"Maybe as a group we have become more conscious of the difficulty men face in moving off the farm and are attending to those issues better and forgetting that everyone needs support at times like these.

"Maybe some women are getting left behind in the thinking and planning for their retirement lives. There may be the assumption that women cope better with these things," he said in the report.

Farming women had invested large amounts of energy and creativity into their farm-based homes and gardens and the loss of those was mentioned on several occasions.

Several women mentioned that although their men were proving very helpful around the house, they did not cook.

"It seems to me there is an opportunity here for men to learn to cook. Maybe there is even a business opportunity for someone to take up teaching retired farming men to cook?

"Imagine the risk of a recently retired male farmer losing his wife unexpectedly and not being able to feed himself for the next 20 to 30 years?"

Respondents clearly thought that leaving the farm involved a lot more than just the physical change of shifting houses.

It heralded a change in lifestyle requiring new skills, especially social ones, and it involved finding something meaningful to do.

Retirement required more socialising than farming. The advice was don’t leave it too late to start cultivating new friends outside farming. Join clubs and societies, invite people around for drinks or meals, and show an interest in other people’s lives.

The older you got, the more important the social side of life became. Older age could be very lonely if you were not interested in chatting with people and finding out about their lives.

Plans needed to be made for life after farming and it needed to be shared with spouses, with compromises worked out if need be.He had heard of couples  farming  for decades, where one was desperate to go to town, the other desperate to keep farming.

"Sometimes people split up after 40 years together," he said.

Mr Donald had loved the project, saying it was great to talk to people about stuff other than investments.

Quite clearly, money sat down the list of what was important to people approaching retirement. Their No1 priority was health, followed by family and relationships and then financial security, he said.