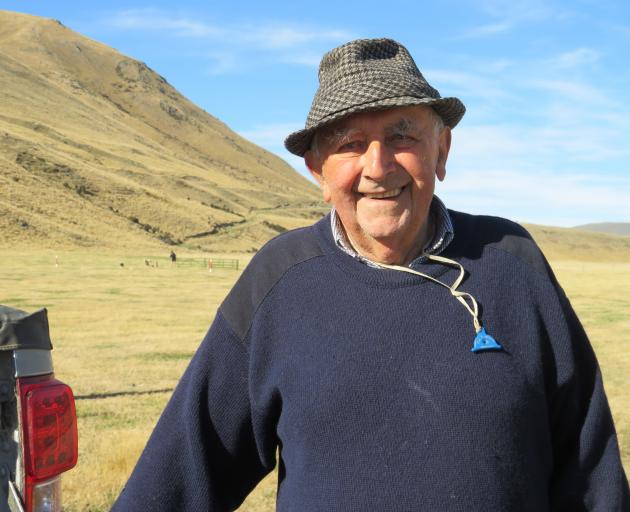 He has been with the club 34 years but has a 60-year history in dog trials, having earlier been involved with the Oxford Collie Club.

They lived on the farm for 20 years before selling up and moving to a 10ha lifestyle block along Ashburton Staveley Rd, commonly known as Greenstreet. They run 50 ewes.

The Mayfield Collie Club was a strong club with a lot of young members coming up through the ranks, he said.

He was "by far the oldest member" and was humbled by the support given by younger members.

He was on marshal duty during the first day at the popular class 2 yarding event, where a steady line of competitors arrived to put their name into his run notebook.

They were entered on a first-in first-served basis, Mr Eggleston said. The number of entries was helped by 27 "local" members having a run on the Thursday before the trial.

Mr Eggleston had been a class 2 steward for many years.

In his younger days, he also spent time slipping sheep, holding them in a loop on the hill before each competitor’s run.

At the Mayfield centennial he had 3-year-old heading dog Rain, son of Storm, and ran his 4-year-old dog Bud, aka Rosebud, daughter of Rose in the class 2 yarding event but did not feature in the top tier running.