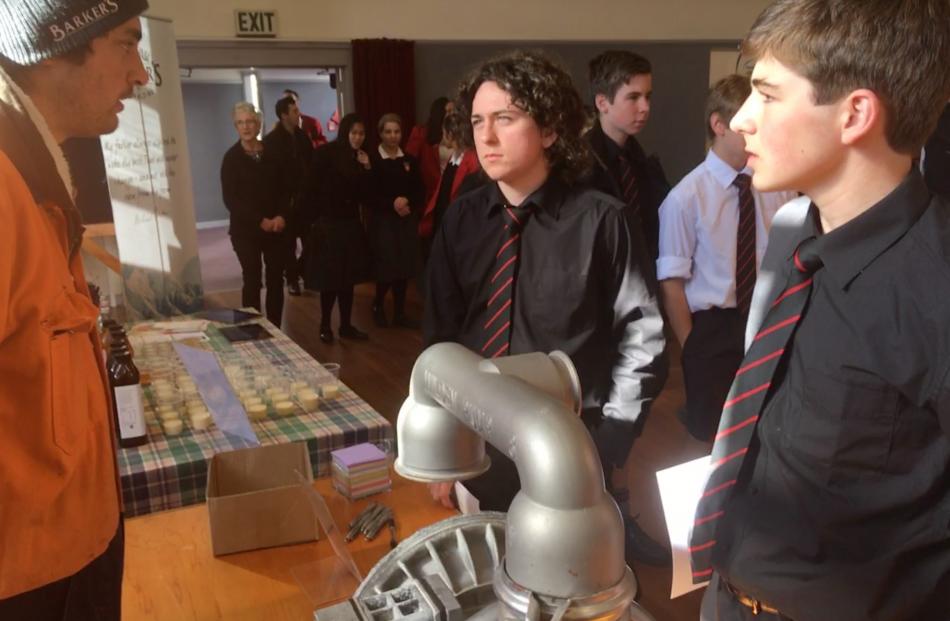 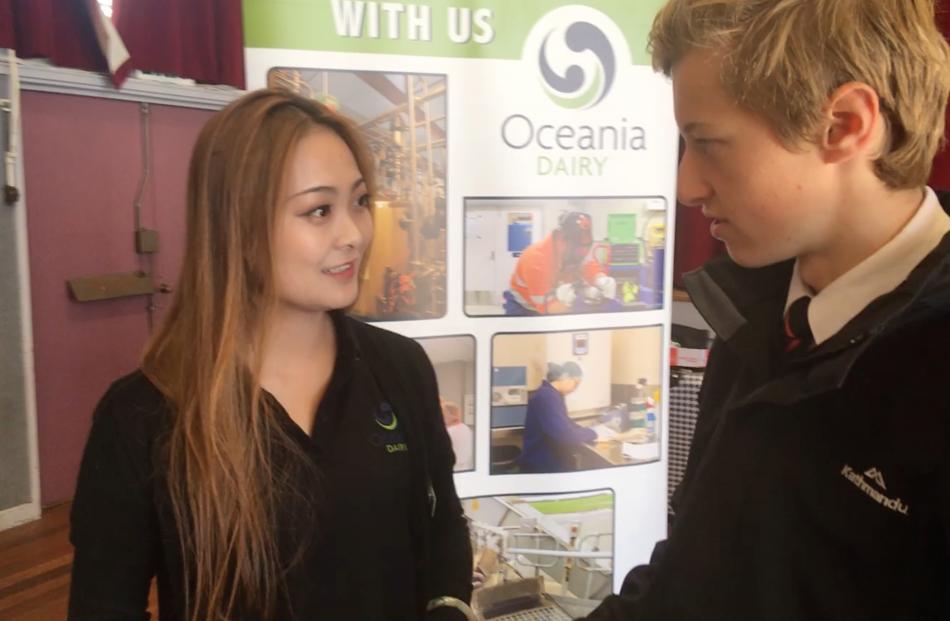 Barkers engineer Darcy Gibbs (left) chats to Taylor Scott (16, centre) and Henry Scott (16) about how he got into the industry as a school leaver.

Barkers engineer Darcy Gibbs was once a youngster who had no idea what he wanted to do when he left school.

He shared his story with teens during a Manufacturing and Technology Pathway Expo recently hosted at Geraldine High School.

''I had no idea,'' he said, while talking to 16-year-olds Taylor Scott and Henry Scott.

Mr Gibbs, a former Geraldine High School pupil, said pathway expos were not offered during his time at the school, but he was impressed that it was now being introduced.

He left school early after settling on an engineering course at Aoraki Polytechnic, now Ara.

''I did my engineering course there and then got my role here,'' he said, of his position at Barkers.

He started out fruit tipping about two years ago and six months ago secured a role as engineer.

Mr Gibbs was among the Barkers staff who chatted to people during the recent expo, sharing his knowledge of the industry and company.

Barkers was one of nine companies on site throughout the day, where representatives talked to teens and adults about the career options available within their business.

Jacob Price was among the pupils who made the most of the expo.

''It's good to see what it's like out there in the real world and gives us more insight to what we can do and what opportunities there actually are.''

While the expo was designed for year 10-13 pupils, it was open to the rest of the school and adults, including parents, during the lunch break.

Geraldine High School careers dean Anita Body said the concept, which was supported by Aoraki Development, aimed to showcase the many career possibilities and their links with further education.

She said it was an opportunity to show youngsters ''what was out there''.

''So many of these businesses have so much more on offer now. [It is an] opportunity for [pupils] to come and see [them] and talk and hopefully, that might spark a bit of interest.''

A further two pathways are planned for the high school later in the year, including one for the services industry and social and community services.

''It's a focus we have at Geraldine High School, to connect with our businesses and community and trying to strengthen these ties,'' Mrs Body said.