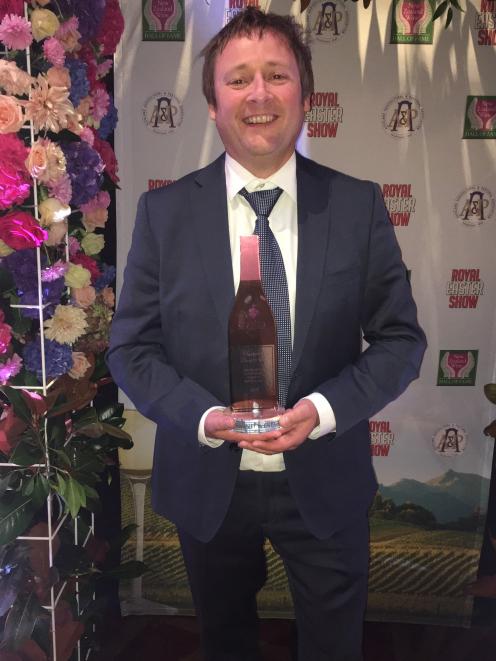 The boutique winery in Cromwell won the Best Pinot Noir trophy of the show during the formal awards dinner in Auckland on March 9.

Mr Jolink said he went to Auckland to pick up the trophy.

''We were quite excited.

''We won it for our Wild Earth Reserve Earth and Sky Pinot Noir 2014.

''That was rather special as we were there to pick up another trophy for our Wild Earth Special Edition Pinot Noir 2014 two years ago.

''Two trophies for our pinot noir in the past three Easter shows for a boutique Central Otago winery like Wild Earth is pretty awesome.''

The winery's other entry, the Wild Earth Pinot Noir 2016, won a gold medal in the same competition.

He said the Wild Earth Pinot Noir 2016 also won a Best in Show platinum medal at the Decanter Asia Wine Awards last year, as well as a gold medal at the Sydney International Wine Competition and three five-star ratings by several wine writers, including the Winestate Magazine.

He attributed part of the winery's success to winemaker Peter Bartle, who made the 2014 vintage, and Jen Parr, who took over from the 2015 vintage.

''We also had great quality fruit, which comes from a vineyard in Bannockburn.''

Mr Jolink said he heard about the winery's success 10 days before the awards evening and thought it would be for the more recent vintage, but was delighted when he realised it was for the 2014 pinot noir.

''It is not easy to win with an aged wine, so I was quite surprised.''

He said judges only had a short time to taste wines during judging rounds, and aged wines required a little more time to reveal their qualities.

''It is quite good that Central Otago wines are recognised as ageing well.''