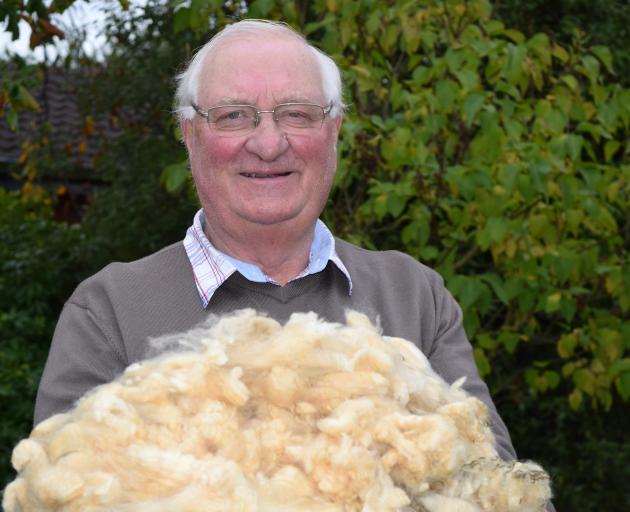 The course was designed to give senior woolhandlers a qualification for grading crossbred and mid-micron hogget wool.

"I’m very passionate about education in the wool harvesting industry and for a long time I’ve seen these experienced woolhandlers not being recognised for the work they are doing."

Recognition for woolhandlers was important, he said. 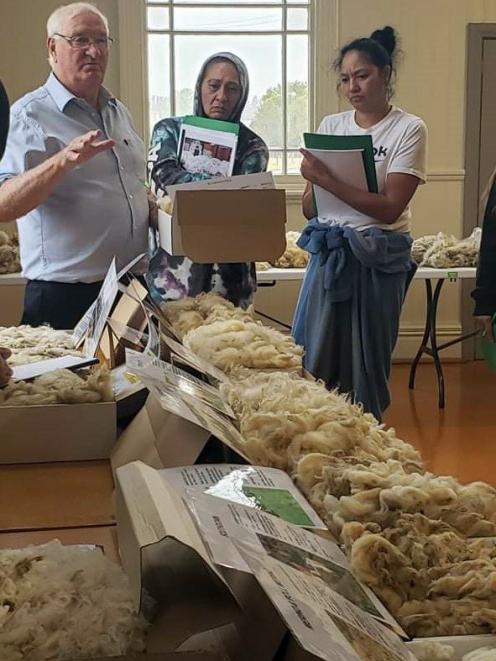 Mr Abbott teaches senior woolhandlers Leah Paki (left) and Natasha Hale, both of Alexandra, at a wool clip grading course in the Strath Taieri Community Centre last month. PHOTO: SUPPLIED
Woolhandlers had been "let down" by the wool industry as it had failed to individually recognise their skills and experience.

Many of the students on the course had the skills — but did not have a qualification to back up that knowledge, he said.

The Southern Institute of Technology course was designed to reverse a trend of mid-micron hogget wool no longer being classed.

By getting more qualified people in shearing sheds, there would be better wool grading and fewer contamination issues.

"For years and years, there’s been poor specification and contamination in the wool."

A class of 15 wool harvesters from Peter Lyon Shearing, including its owner, attended the second and latest course on the Strath Taieri on March 24 and 25.

The course was held between the Strath Taieri Community Centre in Middlemarch and Matarae Station between Outram and Middlemarch.

To gain the qualification, students also need to complete papers by distance learning.

The New Zealand Qualifications Authority credits from the course allowed the students to apply for a registration number from the New Zealand Wool Classers Association.

The registration number could then be listed in a wool sale catalogue to show the wool has been prepared by a qualified woolhandler.

Wool buyers gained confidence by a registration number being listed by lot, he said.

The inaugural course was held at Telford near Balclutha in October last year and 15 students had received qualifications.

Mr Abbott was investigating holding the next course in Winton.

"We are trying to lift these very experienced people, who have been doing the job for many years but they don’t have a qualification."