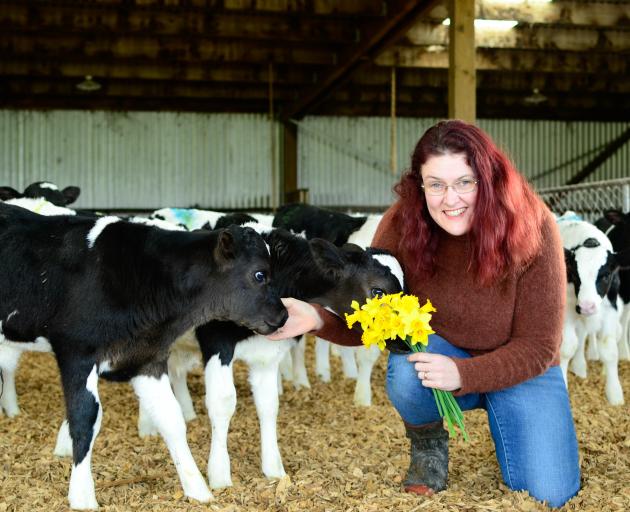 She has reared calves for 26 years, and for the past 10 years has been using an ad lib feeding system until the calves are three to four weeks old.

She found it more efficient and economic, less time-consuming and with fewer deaths and little illness.

This year she is rearing 250 calves at her and husband Graeme’s dairy farm.

During the first three to four weeks of life, each calf will drink about eight litres of milk a day, as and when it wants.

As the newborn calves come into the shed she gives them their first and most important meal of gold colostrum, and she makes sure they are able to suckle on the calf feeder.

Once they can feed themselves, they are put in pens of 20. 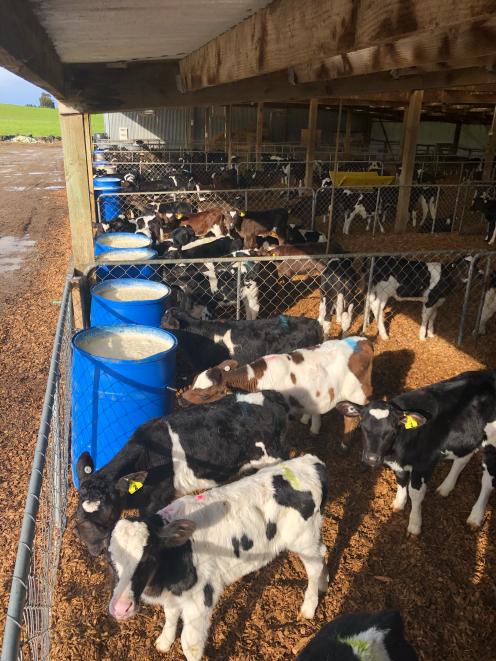 The shed is warm and dry with good quality bedding.

Every morning she fills a 200 litre recycled plastic drum with milk for each pen.

Each drum has been fitted with teats and piping and the calves quickly learn they can drink as much and as often as they want.

"The calves almost rear themselves."

The calves also have access to hay and meal as needed.

She keeps a close eye on their health.

"As I don’t often go into the pens, I don’t take bugs in and they don’t get upset stomachs."

The calves are dehorned at two weeks and once they have healed they are let out into paddocks at three to four weeks.

She then once a day feeds them from a trailer feeder.

"They get nice and strong, skipping about and happy.

"It is the best outcome and I am really proud of them."

The system proved its usefulness when she spent two weeks in hospital in August last year after being diagnosed with multiple sclerosis (MS).

Her husband fed the calves using the same system and they did well.

Having MS means she is easily tired and the simpler, less time-consuming system means she uses less energy.

"I am really pleased I am doing it this way.

"You go into the sheds and it is quiet, and they are not distressed or standing there screaming at you as they have a full belly.

"They don’t have sore tummies and they don’t butt you or knock you over to get to the milk."

Ad lib feeding is easier and less time-consuming for young mums who are often calf rearers.

"It is a busy time and the pressure goes on with the family."