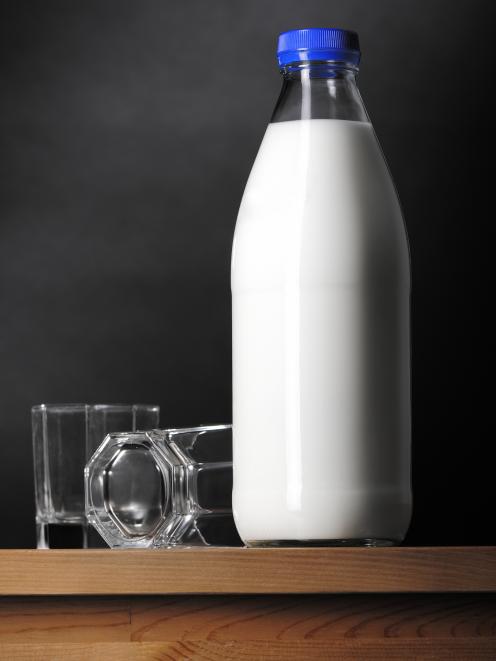 Changes are being made to the Dairy Industry Restructuring Act, which was introduced in 2001.PHOTO: GETTY IMAGES
Changes to dairy industry legislation will bring some improvements to the sector but also represent "a missed opportunity", both Fonterra and Federated Farmers say.

The changes include allowing Fonterra to refuse milk supply from new conversions and from farmers who did not comply with its supply standards.

In December 2017, the Government announced a comprehensive review of the DIRA and its impact on the dairy industry.

In a statement, Mr O'Connor said the changes would provide certainty for the dairy industry and ensure the sector could pursue sustainable value growth.

When the DIRA was introduced in 2001, it enabled the creation of Fonterra. But the industry had changed considerably since then and it was important to ensure the regulatory regime put the sector in the best possible position, he said.

Fonterra would be allowed to refuse milk supply from farmers in circumstances where milk was not compliant or unlikely to comply with Fonterra's terms and standards of supply or was supplied from newly converted dairy farms.

Fonterra's terms of supply could relate to, and price-differentiate on the basis of, various on-farm performance matters, including environmental, animal welfare, climate change and other sustainability standards.

Fonterra's discretion would be limited in regard to setting a key assumption in calculating the base milk price, the asset beta.

The DIRA would be reviewed on a four to six-year basis to provide regulatory certainty. Fonterra would be required to appoint one member of its milk price panel on the nomination of the agriculture minister.

It removed the requirement for Fonterra to supply regulated milk to independent processors with their own supply of 30 million litres or more in a single season.

The changes to the legislation were approved by Cabinet this week and would now be progressed through Parliament.

People would have another chance to have their say on
the changes during the select committee process.

"Given the significant increase in competition within the New Zealand dairy industry, we're disappointed the Government did not recommend removing the requirement for us to supply our farmers' milk to large, export-focused businesses altogether," Mr Monaghan said.

Fonterra supported greater pricing transparency across the industry and noted "with interest" the Government's decision that the agriculture minister would be able to nominate one person to sit on its milk price panel.

It encouraged the Government to extend that transparency and require all processors to publish the average price they paid to farmers, the key parameters of their milk price and examples showing the payout that would be received for different parameters.

All efforts to bring greater pricing transparency into the dairy industry should be encouraged, Mr Monaghan said.

Federated Farmers dairy industry group chairman Chris Lewis said the group was disappointed open-entry provisions would not be changed, other than for new conversions.

"It's nearly 20 years since this legislation was passed to ensure that with the formation of Fonterra, competition for farmer milk supply, and dairy product choice for consumers, was preserved.

"The market is now mature enough, and competition among a host of processing companies robust enough, for Fonterra to be given some discretion over who it is required to pick up milk from," Mr Lewis said.

Fonterra's Shareholders Council believed the changes did not go far enough to address the current strong competition for milk and the risk of over-capacity.

It also said the proposed changes to the milk price regime were of "deep concern". Giving the government the right to nominate a member to the milk price panel was "a step too far" and gave rise to a direct conflict with the independent oversight of the regime by the Commerce Commission.

There was strong farmer support for better milk price transparency from other processors and that had not been heard, the council said in a statement.

Fonterra farmers would be feeling "ignored and frustrated" by the changes as their voice had largely gone unheard, it said.