Feeling of being branded ‘unclean’ 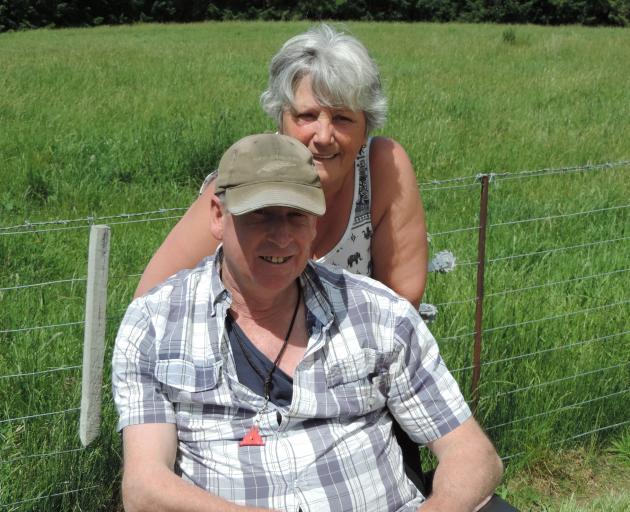 The Smiths are speaking out to show others in a similar predicament they are not alone.

It all started a year ago when Mr Smith bought eight cattle at Oamaru’s Waiareka saleyards. They joined the one resident steer on the 62ha Livingstone farm.

Mr Smith said he was contacted by the M. bovis casing team in Wellington on September 9, but ‘‘there was no indication given that there was anything to worry about’’.

About a week later, he was phoned by a person assigned by the Ministry for Primary Industries to be his incident control point (ICP) manager. The man, whom Mr Smith preferred not to name, told him his cattle were linked to a property known to have M. bovis. 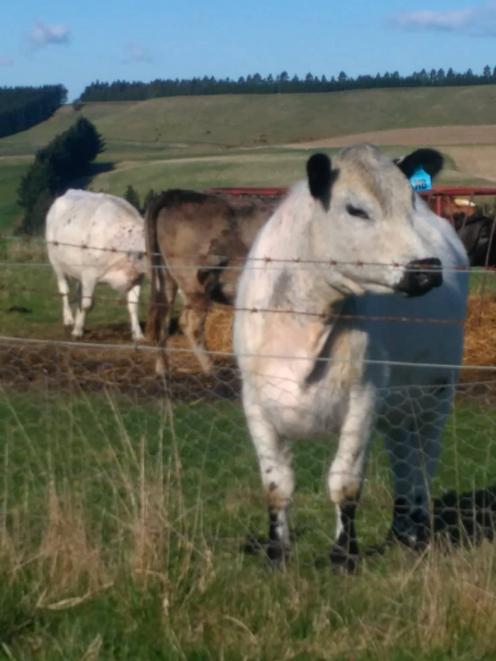 The Smiths’ cattle had blue eartags attached to signify they were to be slaughtered. Photo: Supplied
The ICP manager visited the Smiths’ property that week to issue a notice of direction — a legal direction restricting the movement of animals and risk goods off a farm that had likely received a transfer of cattle from an infected farm, or had had a bulk milk positive result.

‘‘After a bad-tempered exchange on my behalf, he managed to get a team to visit and blood-test the animals that afternoon,’’ Mr Smith said.

‘‘At the same time special M.b. eartags were placed in the cattle.

‘‘However, regardless of the blood test outcome, these cattle had to die.’’

They were sent to slaughter on October 29.

‘‘I was not allowed to fatten them until they reached killing weight.

‘‘My cattle came to a small lifestyle block and were a closed herd. The other 76, sold by the same vendor at the sale, would have been spread far and wide.’’

A ministry spokesman told Central Rural Life those other cattle had been located and slaughtered.

‘‘Mr Smith’s case is similar to many other farms with trace animals.’’

‘‘As the eight had to die and I was not allowed to purchase any others, the other animal had to be killed for home use.

‘‘The farm kill butcher was arranged and he came at short notice.

‘‘However, as this animal too had to be tonsil-swabbed, MPI had to be present at the death.’’

Mr Smith said he was not impressed that the ICP manager could not be there at 7am the day after he confirmed the slaughter time. However, the ministry spokesman said not enough notice was given.

Although Mr Smith might not feel he was treated well, the ministry believed the ICP manager had done ‘‘a fantastic job’’.

A lot of effort went into working with Mr Smith and showing ‘‘real care and consideration’’.

Mr Smith had been waiting for the notice of direction to be lifted so he could restock his farm.

Mr Bodeker said it was incorrect for Mr Smith to claim he could not bring cattle on to his property while under a notice of direction.

‘‘He can move cattle on to his property, but not off it.

‘‘The lifting of the notice of direction is imminent and Mr Smith will be fully compensated for the loss of each animal,’’ Mr Bodeker said.

Mr Smith received a hand-delivered letter on Friday saying the notice was lifted. The letter was dated November 21.

Mrs Smith said counselling was offered to her husband, but not her. The couple wondered how many other affected people had also missed out.

Another practice that appalled the Smiths was spray-painting the cattle blue once it was known they had to be slaughtered. They believed that would alarm neighbours unnecessarily, and asked for the paint to be applied just before loading the cattle to go to the abattoir.

They were told someone would be sent out to disinfect their troughs.

If drinking areas were considered a source of infection, there was no way dams and waterways across all affected farms could be treated, Mr Smith said.

The Smiths said they had felt ostracised and isolated because of the stigma attached to Mycoplasma bovis.

Mr Bodeker said it could be disruptive and frustrating for farmers when their animals were tested and animal movements were restricted.

‘‘The programme works hard to make the process as easy as possible for every farmer,’’ Mr Bodeker said.