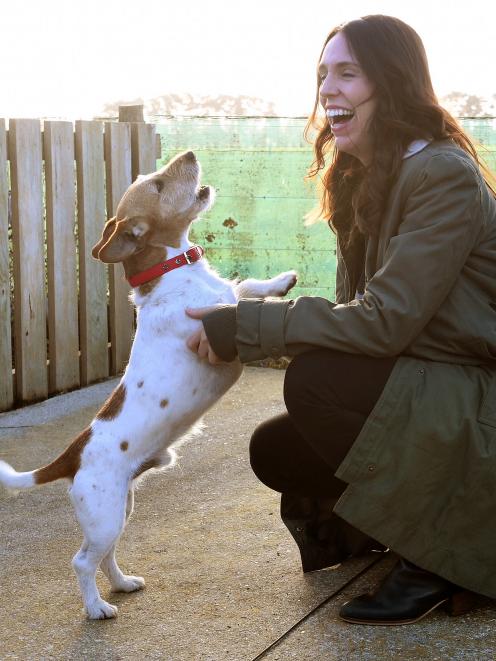 Speaking yesterday to media on a dairy farm at Morven, South Canterbury, Mr O'Connor said the necessity for a review was evident before the outbreak of Mycoplasma bovis.

That would happen ''after we get on top of this'', he said, referring to the planned phased eradication of the bacterial cattle disease which will come at an estimated cost of $886million.

He said the legislation had not failed but it needed to be fit for purpose.

''We will learn from this experience and have a better piece of legislation as a result of it.''

Prime Minister Jacinda Ardern said the legislation was not the current focus; being ''on the ground'' with affected farmers was much more effective than scrolling through clauses of the Act.

A media conference was held at the home of sharemilkers Leo and Maite Bensegues, one of the first to have their herd culled.

Ms Ardern said the visitors were there to talk through farmers' experiences, how improvements could be made, and how to give certainty to those directly affected. That was the big focus for the Ministry for Primary Industries, she said.

''We know that there are areas we need to keep lifting our game and we're committed to doing that,'' she said.

While it was an animal welfare issue, it was also a human issue.

Everyone wanted to know how the disease got here and whether someone broke the law in bringing it to New Zealand, Ms Ardern said.

Mr O'Connor said an investigation on the possible source was under way. There was no deadline on that; he just wanted a thorough investigation.

Dr Mackle said the decision to continue with phased eradication was big, but it was also a collective one between industry and the Government.

He acknowledged it was painful news for those farmers affected but, at the same time, it was believed at this stage that ''99%'' of farmers did not have the disease on their properties.

There was a big challenge ahead and a need to work together and he believed that was ''coming together nicely now''. On-ground support for farmers was now the most crucial thing.

Mr O'Connor yesterday announced 50 more staff, a new field headquarters in Cambridge and the appointment of a science adviser.

Dr John Roche, who most recently worked as a principal scientist at DairyNZ and who is an adjunct professor in animal science at Lincoln University, had been tasked with researching new tools for the fight against the disease.

Mr O'Connor said there had been little international investment in science about the disease.

The new Science Strategic Advisory Group would look into testing developments to detect Mycoplasma bovis in individual cows, grow understanding of the disease and identify opportunities to support the eradication operation.