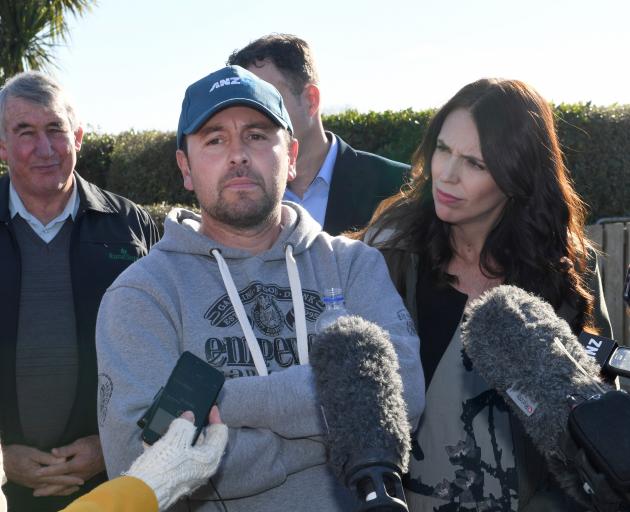 Fast forward 16 and a-half years and he has a wife, Maite, and a family and his own business, sharemilking at Morven in the Waimate district.

Last August, that good life was interrupted by confirmation there was Mycoplasma bovis in the couple's herd.

Their 950 cows and 222 young stock were one of the first herds to be culled, although they had 200 heifers which had not been affected by the disease.

Yesterday, Mr Bensegues declined to talk about how he felt seeing those animals dispatched to slaughter, saying that was ''in the past'' and they had to focus on the future.

They were starting over again and he had a message for other farmers affected by this week's announcement of a massive cull of animals in a bid to eradicate the disease.

They had to work with the Ministry for Primary Industries, rather than against it, and they had to stay positive.

''Yes it's hard. In the end, you just have to start again. It's not easy and it's not going to be easy for anyone,'' he said.

They had received most of their compensation from MPI - he understood the remaining $200,000 out of $2 million was going to be paid in a fortnight - and were able to restock.

There was ''no way'' Mycoplasma bovis would mean the end of the upbeat farmer's career.

''You go through a lot of difficulties in life; this is one of them,'' he said.

Honesty was very important and he and his wife were an example of that, he said.

They had been honest and worked with MPI, which he acknowledged was ''hard in the beginning'', but, in the end, they got what they deserved, he said.

Mr and Mrs Bensegues owned the cattle on the farm, which was owned by Ian and Jenny Willans. Mr Bensegues was full of praise for the couple, saying they had been ''100% supportive''.

''Every single farmer should look after their sharemilkers the way Ian and Jenny did,'' he said.

Some sharemilkers had been fired because of M.bovis, and that was ''not right''.

''That will never happen under them,'' he said.