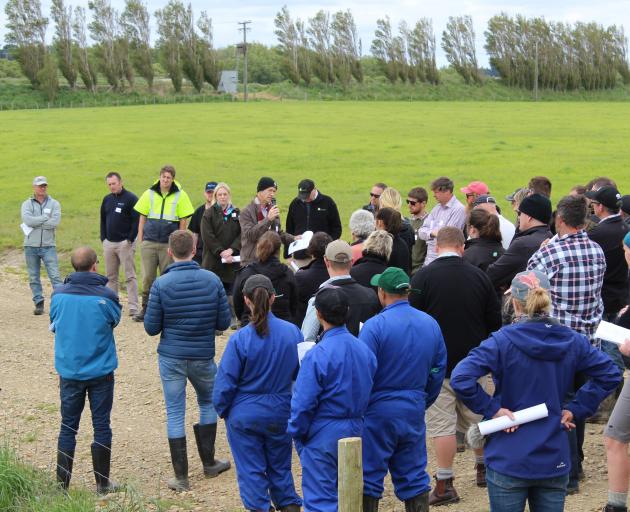 Under the new project, of running the farm as four farmlets, it was being measured under two crops - fodder beet and kale.

''One of the issues with forage crops is there is quite a lot of animal urine returned to bare soil.''

There were also plans to measure the feed and nitrogen intakes of the different farmlet herds, which would be used to estimate urinary nitrogen outputs, he said.

As a result, a proxy for nitrogen leaching could be developed.

This would start when the cows started milking in the next month or two, Dr Monaghan said.

Other possibilities were measuring the surface water contaminants discharging to a stream that drains the terrace of the hub.

''The hydrology is a bit complex,'' Dr Monaghan said.

As part of this, point sources would be looked at, and the team was in the process of looking at opportunities and cost-effectiveness.

''We're taking a phased approach to ensure we focus our energies on issues where solutions can be rigorously evaluated,'' he said.

This season the main focus was on measuring feed intake and urinary excretion but it was hoped some work could be done on the greenhouse gas issue.

The goal of one of his colleagues would be to look at each of the footprints of the four farmlets, Dr Monaghan said.

The farmlets provided a great opportunity for experimental contrast.