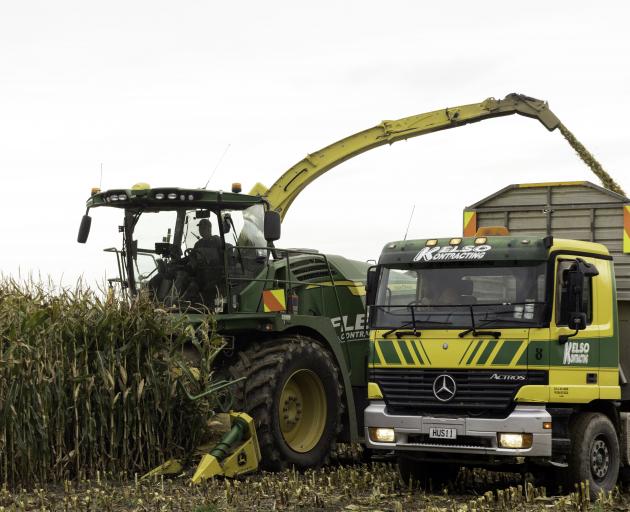 Maize is harvested on Cottesbrook Dairy in West Otago late last month. PHOTO: KIRSTEN MCINTYRE PHOTOGRAPHY
In a bid to protect against the impact of dry conditions, a trial maize crop on a West Otago dairy farm will return next season and be more than twice the size.

Matt Haugh and his partner Kirsten McIntyre own Cottesbrook Dairy, milking 1450 cows across two platforms on about 470ha near Heriot.

Mr Haugh said pasture growth had been good for most of the summer but dry conditions started to bite in late summer and early autumn.

The dry conditions were an "absolute killer", because the farm traditionally relied on rain at that time of year.

Consequently, the herd’s diet was about 80% supplementary feed for up to 10 weeks.

A new trial crop of 31ha of maize features in the farm system for seasons lacking rain.

"So when it’s dry, we have a beneficial crop." 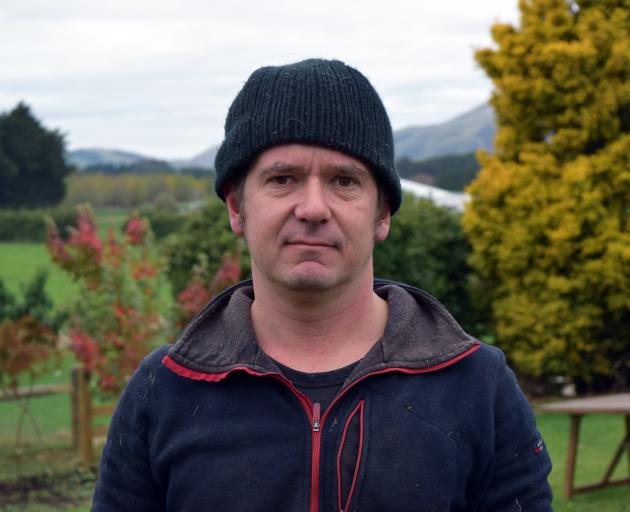 Cottesbrook Dairy owner and operator Matt Haugh.
The maize thrived in the dry conditions and produced on average nearly 20 tonnes of dry matter per hectare.

Some of the inaugural maize crop on Cottesbrook Dairy in West Otago. PHOTO: KIRSTEN MCINTYRE PHOTOGRAPHY
Mr Haugh said work by Flett Contracting harvesting the crop and by agronomist Gordon Scott, of RB Rural, helped get more than 600 tonnes of dry matter in the pit.

Maize is a low-protein, high-starch feed.

Maize starch was more digestible, and therefore more effective, than the starch in wheat and barley, he said.

The plan for next season was to more than double the size of the maize crop, but aiming to produce the same yield per hectare as this season.

Maize crops were rare in the South as it needed warm days to grow and its yield was reduced by frosts and wet summers.

Growing maize on more of his land was a gamble he was willing to take.

"I’m prepared to make that sacrifice because if we have a wet summer I’m going to grow heaps of grass anyway."