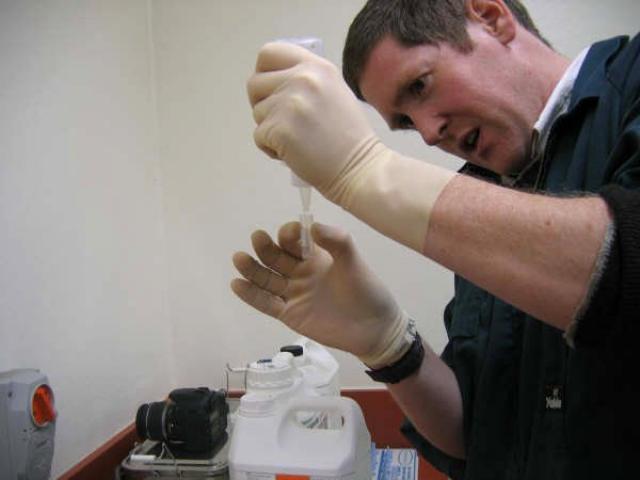 The study has been completed, in collaboration with Temuka veterinarian Andrew Bates, and a paper accepted for publication in the journal BMC Veterinary Research.

It described the control of Johne's disease - a chronic wasting disease caused by the bacterium Mycobacterium avium subsp. paratuberculosis - on a large South Canterbury dairy farm with an ongoing Johne's problem. The farmer was culling between 80 and 100 cows a year on the 1200-cow farm.

DRL was established in 1985 within the Department of Microbiology and Immunology at the University of Otago.

It has worked closely with veterinarians and farmers for more than 30 years to develop and make available custom-diagnostic services.

Latterly, it moved from a university-administered laboratory service into an independent commercial entity under the management of Otago Innovation Ltd and was now based at Invermay.

In recent times, DRL's stock in trade had been a test tailored for the diagnosis of Johne's disease in farmed deer. Recently, it had a focus on the dairy industry.

While there had not been a formal survey done, there was a lot of anecdotal evidence about the extent of the problem in the dairy industry, DRL Ltd research manager Dr Rory O'Brien said.

There were suggestions that 60% of dairy farms had some of the bacterium causing Johne's disease on their properties, and possibly 5% would be seeing clinical signs of the disease.

A big focus had been trying to get the attention of dairy farmers, particularly those with a Johne's problem.

Recommendations for Johne's control often came from an international perspective and often did not apply in the New Zealand dairy farming scenario.

On the South Canterbury farm, the reduction in the prevalence of infection was achieved by reducing the infectious pressure through targeted culling of heavily shedding animals, together with limited measures to protect calves at pasture from exposure to the bacterium.

The study demonstrates that with a combination of pre-calving diagnostic testing to identify and remove animals that were the major source of infectious spread, and simple management changes to physically separate replacement calves from infected adult cattle, effective reduction in the prevalence of the disease is possible.

On the case study farm, the prevalence of Johne's dropped year-on-year, and over the study period the proportion of calved cows culled annually with suspected clinical Johne's disease fell from 5% (55/1201) in the year preceding the control programme to 0.4 % (5/1283) in the final year of the study.

Alongside that, mastitis decreased, as did the somatic cell count, while production went up and the farm was producing 27,000kg ms more from 50 less cows.

When a farmer was provided with a list of shedding animals, in order of severity, the cull could be managed; the worst could be removed as quickly as possible, but they did not necessarily all have to be culled right then.

And those that were identified as shedding, but without clinical signs, could still be slaughtered for full carcass value.

Mr Bates presented the study to the Dairy Cattle Veterinarians conference in Queenstown in June, and that was a good opportunity to get it out to veterinarians that the testing was available, Dr O'Brien said.