Representing dairying in the South 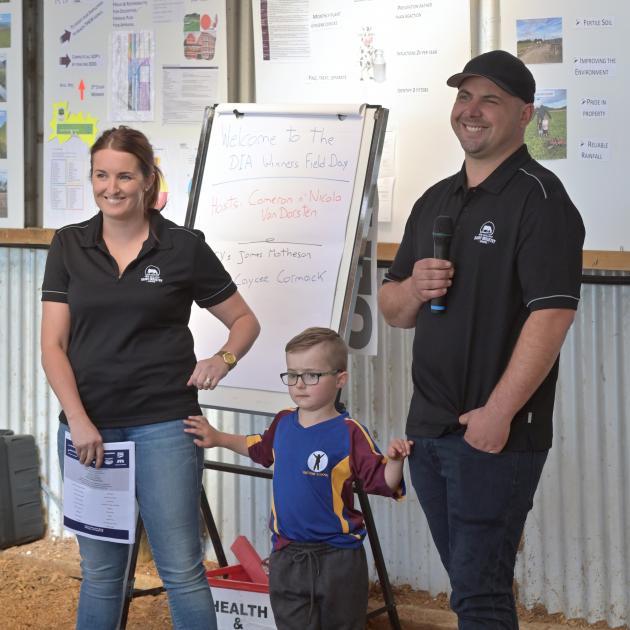 Southland-Otago share farmers of the Nicola and Cameron van Dorsten, with eldest son Lachlan (5), address a field day at their property last week. Photos: Linda Robertson
On May 11, the national winners of the New Zealand Dairy Industry Awards will be announced at a black-tie awards dinner at TSB Arena in Wellington.

The South will be represented by Southland-Otago share farmers of the year Cameron and Nicola van Dorsten, farm manager of the year James Matheson and dairy trainee of the year Caycee Cormack.

Farm ownership remains one of the goals of Taieri dairy farmers Cameron and Nicola van Dorsten.

The couple, who won this year's Southland-Otago share farmer of the year in the New Zealand Dairy Industry Awards, are 50:50 sharemilking 575 cows on a 204ha farm owned by Ray Parker and Sharon Corcoran.

Their operation was highlighted during a field day at their property last Wednesday, along with presentations by Southland-Otago farm manager of the year James Matheson and dairy trainee of the year Caycee Cormack.

Mr and Mrs van Dorsten both grew up on dairy farms in the Waikato and Mr van Dorsten left school at 16 and went dairying 16 years ago.

Mrs van Dorsten took a degree in applied hospitality and tourism management before working at Novotel Queenstown then organising events at the Invercargill Theatre.

She then moved to LIC, following a passion for Breeding Worth (BW) and breeding that runs in her family.

The couple, who have three sons - Lachlan (5), Edward (4) and Jonty (1) - moved to Southland in 2008 as equity managers, converting a farm with three equity partners at Gummies Bush.

But the farm was sold during the global financial crisis the following year, and they lost all equity and hard to start again "from scratch".

But they learned the importance of sustainability and the key role that governance played in the business.

The couple continued on the same farm, managing for the new farm owner, and built up equity.

In 2010, they went lower-order sharemilking at Isla Bank and, in 2013, purchased their first herd of 320 cows to lease a farm for three seasons at Isla Bank.

Three years ago, they embarked on the 50:50 sharemilking venture, with Mr Parker and Ms Corcoran.

Whenever they looked at a potential job, they did a budget but they also wrote a "pros and cons list" and certain things they needed to tick off.

While their current position "spat out less money at the bottom" than others being considered, they knew it was the right move.

The farm owners lived at Twizel and left them to it; the couple also learned a lot from them. Mr Parker is the former chief executive of Tasman Agriculture and general manager shareholder services for Fonterra, so had extensive knowledge of the dairy industry.

One of the couple's goals was to double their equity every five years and they were able to do that in their current job.

When they first arrived, they set out an environmental plan with the owners. The property included Bull Creek - an Otago Regional Council-managed drain - running through it, which restricted what they could plant.

This winter, they intended doing some fencing on the farm so they could start planting shelterbelts early next season. 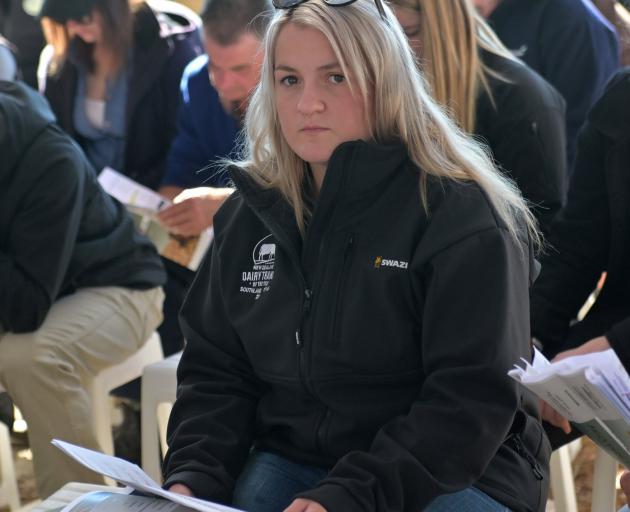 Southland-Otago dairy trainee of the year Caycee Cormack.
A wetland area, that was uneconomic to drain, had been fenced off and would be sent "back to nature".

For the first two seasons, the couple wintered several hundred cows on-farm but when they analysed it, it was not paying to have them wintering there.

So stock were wintered at Middlemarch which had dropped their nitrogen leaching, Mr van Dorsten said.

There was also the animal welfare aspect; it did get wet on the Taieri and he did not like going into paddocks and seeing cows "up to their guts in mud". It also gave staff a break over winter.

The couple employed two full-time staff, and human resources was an area they had worked extremely hard on, Mrs van Dorsten said.

Attending a Farming to Freedom course, run by Dylan and Sheree Ditchfield, in 2016 had completely "flipped" around their business and the way they run it.

It was about staff taking pride in their jobs and ownership for what was happening on the farm.

The couple had seen a "huge step forward" in the productivity of their staff, Mrs van Dorsten said. 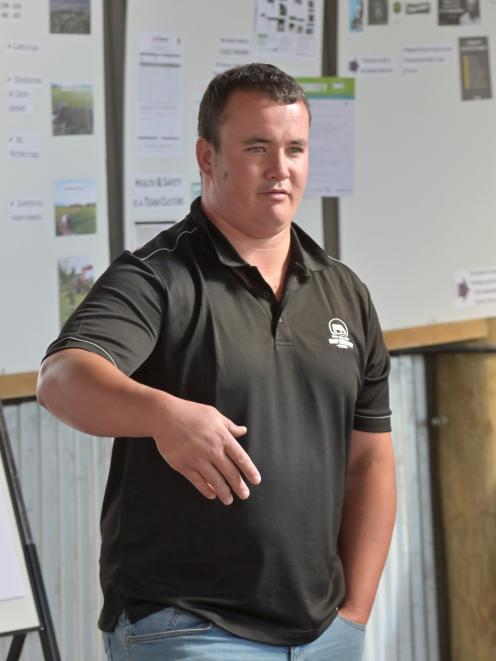 Southland-Otago dairy farm manager of the year James Matheson.
At age 19, James Matheson set a goal of having $1million equity by the time he was 30.

It has been a meteoric rise for a young man who had never previously considered a career in the dairy industry.

Now he and farm owner Chris Lawlor were trying to help other young people follow a similar path through an innovative initiative.

Mr Matheson was brought up in Clinton, and, after leaving Gore High School, worked at the meat works in Mataura for three months before deciding it was not the job for him.

Being a reasonable rugby player, he said he would stick around to play rugby - if he could get a job.

His coach's brother was looking for a worker on a dairy farm and he decided he would give it a go.

"I didn't really think much of dairy farming at the time. Most of what I'd heard was bad," he recalled.

But he was very pleased he took the opportunity and, after about six months on farm, he realised it was a career that he was keen to pursue, with the aim of progressing to a management position.

He has now been at Tarrington Ltd for eight seasons, moving from trainee to herd manager and then up to manager.

Mr Lawlor, whom he described as his farm mentor, was living in Australia at present so the day-to-day management of both the run-off and the dairy platform was carried out by Mr Matheson and his team.

Other responsibilities outside of day-to-day management included strategic planning with the farm owner, contributing and adhering to the financial plan, recruiting, hiring, training and managing on-farm staff, and putting together feed budgets.

His passion was people management. After not realising the potential for a great career in dairy, he intended to make that better known to young people.

Staff on-farm were encouraged to put overtime pay into stock, which would then be raised with the other young stock and milked into the herd, to increase their equity.

That was a similar pathway Mr Matheson had used for his own equity growth which allowed him to purchase a neighbouring 35ha block last season which had been incorporated into the platform.

He had built up a herd of 250 cows, which he then sold back to his employer, which provided him the step to move into land ownership.

Just over two years ago, Mr Lawlor started an MBA and one of the projects that came out of that was trying to replicate what Mr Matheson had done, but with other staff.

Using that overtime to purchase stock meant they then had something they "can't spend at the shop or buy a new car with".

That system could be replicated over three or four people - "or even more" - as what he likened to a new version of sharemilking.

"At the moment, we're just trying to provide opportunities for people. If I didn't happen to fall into the job, I probably wouldn't have gone dairy farming. I didn't know about it. I want to get out to younger guys, it's an option," he said.

CAYCEE Cormack was brought up in rural West Otago, yet she had little exposure to dairy farming until leaving university.

After leaving Blue Mountain College, where she was head pupil, Miss Cormack (25) completed the first two years of a physical education degree at the University of Otago.

Sport was - and remains - a passion and, at one point, Miss Cormack was the youngest black belt in karate in New Zealand, aged just 12.

After two years, she realised her heart was no longer in her studies and she decided to take some time off to gather her thoughts.

Returning home, that turned into the beginning of her dairy career as a neighbour asked her to give milking a go.

Miss Cormack progressed from milk harvester to farm assistant and then shed manager. She has just finished as 2IC for Stefan and Holly Roulston on their 220ha Heriot property.

Her responsibilities ranged from staff management to grass management, animal health, milk and other day-to-day jobs. The farm was high input with a wintering barn, milking 600 cows.

She loved a challenge and "trying anything" so entered the dairy trainee of the year last year and came third in the region.

That, through the judges' comments, identified her strengths and weaknesses and highlighted what she needed to work on.

Entering again this year, she wanted to improve on her performance and become more comfortable presenting, as she knew what to expect. Winning was "pretty exciting", and through entering the awards she had also learned self-belief.

When it came to what Miss Cormack enjoyed about dairy farming, she loved being outside every day and the bonds made with the cows, all of which had different personalities.

She loved working in a team environment and the skills gained from working alongside overseas workers.

Miss Cormack acknowledged it was important to get off-farm and she was a very active member of the West Otago community.

She organised a touch rugby tournament in Heriot- which had grown to 15 teams -to help locals and people new to the community socialise and be active.

She taught swimming in Tapanui weekly to about 50 local children, coached the Blue Mountain College 1st XV girls rugby team, and was a member of the fundraising team for the refurbishment of the last cottage at Ribbonwood rest-home. She was also training to become a volunteer for St John.

As far as her career aspirations, Miss Cormack hoped to secure the right job for next season, hopefully either as 2IC or manager.

She wanted to progress to contract milking and then sharemilking, and land ownership was her end goal. She was increasing her equity by looking into buying heifer calves next season. 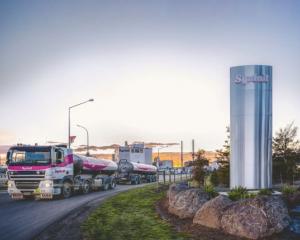 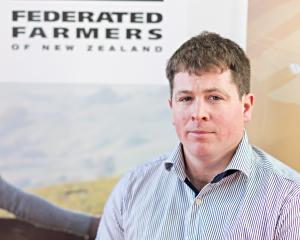