Sales of Southland dairy farms down on past years 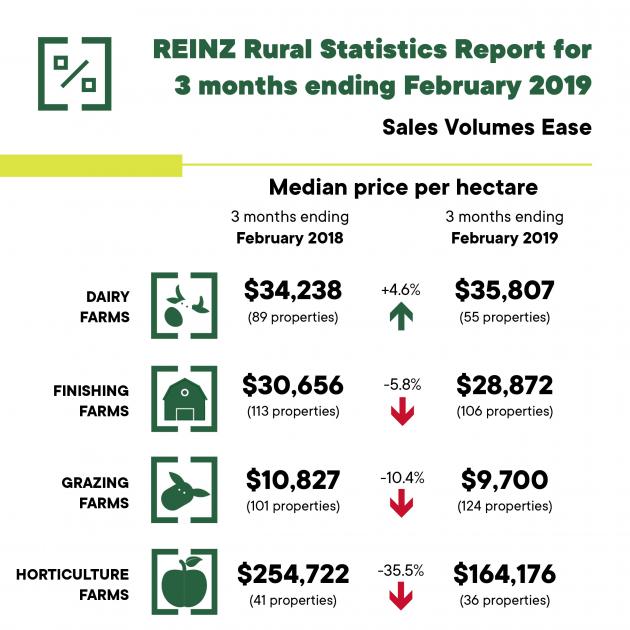 Graphic: Supplied
While there is still a good selection of dairy farms available in Southland, there have only been a limited number of sales in the province compared to previous years, according to the Real Estate Institute of New Zealand.

Despite this, the REINZ said in its March monthly sales data release that two sales in Southland of larger dairy units were significant in terms of total price involved and there was a good level of activity on finishing properties

In Otago, there was restrained activity in the drystock sector where prices eased 10% to 15%, with reports of capital constraints from banks making finance difficult to obtain and therefore harder to get transactions together.

The institute also said prices across the board in the grazing sector were under pressure.

Bay of Plenty recorded the most substantial decline in sales (-16 sales) followed by Otago (-11 sales). Compared to the three months ended January 2019, four regions recorded an increase in sales with the biggest increase being in Taranaki (+4 sales).

Brian Peacocke, rural spokesman for REINZ said the easing in total sales volumes for the three-month period ending February 2019 was the main point contained in the sales data just released, particularly so for the dairy sector.