Wood-fired boiler for Fonterra at Studholme 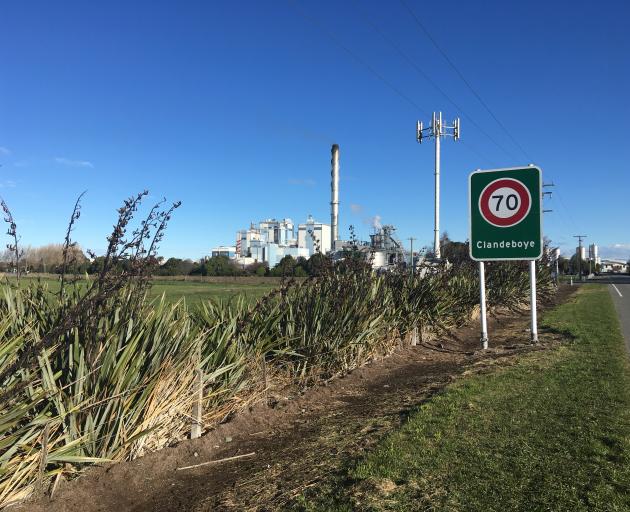 Fonterra's Clandeboye plant is believed to be the biggest burner of coal in Canterbury. Photo: Chris Tobin
Fonterra's plan to cut back on its coal use means it will not power a boiler to be built at the company's Studholme site, in South Canterbury.

Coal had been the favoured fuel. With Fonterra's announcement last week that has now been ruled out and wood biomass is the preferred option.

''We did not install any new boilers at Studholme, however we did receive consent for two boilers in the future,'' a Fonterra representative said.

''We are making a commitment not to increase our capacity to burn coal, and this includes our Studholme site.

''The consent we have allows us to use woody biomass to fire the boiler so we will be keeping the consent for this purpose.''

It reduced the number of dryers to one and cut the size of its proposed dry store to 34,000sqm.

''It was obvious they haven't the milk solids to warrant building it,'' Cindy Baxter, of the Coal Action Network Aotearoa, said.

''They had been banking on dairying in the Mackenzie. Their drying plant at Lichfield is already running at half capacity, anyway, and they were not going to build much more.

Fonterra has cut 11 years from its coal target after earlier setting a target of not installing any new coal boilers from 2030.

The co-operative will now not install any new coal burning boilers as from last week, nor will it increase the coal burning capacity at its plants.

''At this stage there are no immediate changes to our operations at Clandeboye and Studholme,'' the Fonterra spokesman said.

''We have an ambition to have zero net carbon emissions in manufacturing by 2050, on the way to using 100% renewable energy sources and a 30% reduction in absolute CO2 emissions by 2030 from 2015.

''We're on track to meet this. Moving out of coal entirely is going to take a lot longer than we would like, due to our scale, the lack of economically viable alternatives and need for a reliable energy source.''

Fonterra's Clandeboye site is believed to be the biggest burner of coal in Canterbury.

''This is more than we would like to use. However, had we not made the changes we have through our energy efficiency work this number would be 20% higher.''

Ms Baxter and Coal Action Network Aotearoa welcomed Fonterra's commitment but warned gas should not be used as alternative, as it had almost the same carbon footprint as coal.

''In terms of alternatives, there are large quantities of waste wood from forestry just left to rot which could be put to use on some sites.

''There's a lot of wood waste in Canterbury. Driving from Christchurch to Timaru I have seen piles of waste burning

Synlait has already announced it will not build another coal boiler.

Fonterra has 32 manufacturing sites across the country, and about 40% of its processing energy is from coal. The rest is from natural gas, electricity and wood.