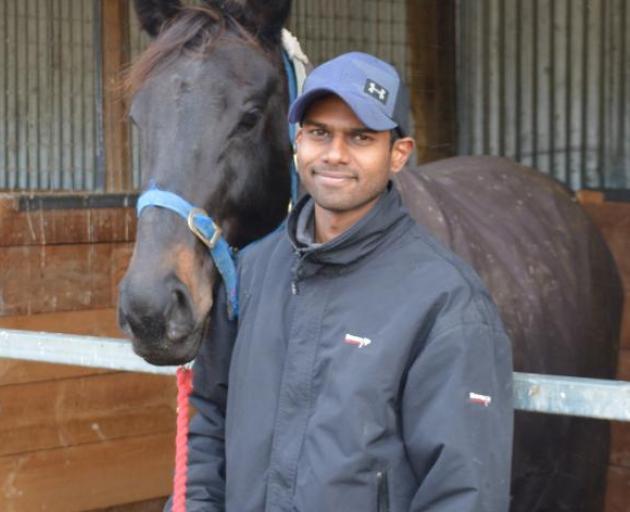 Zubair Bholah has been living in Wingatui for nearly a year. PHOTO: ODT
Dunedin apprentice jockey Zubair Bholah is recovering after a nasty fall in the second race at the Kumara Races on the West Coast on Saturday.

Initially, it was believed the 28-year-old rider was conscious and had movement and feeling in his limbs with facial injuries as he was checked for possible concussion and internal injuries.

A surgeon is believed to have been flown from Christchurch to Grey Base Hospital to stabilise him before he was airlifted to Christchurch Hospital.

The Mauritius-born rider, who lives in Wingatui, has been diagnosed with three fractures in his neck, a broken collarbone and shoulder, along with a severe laceration around his jaw and chin,

However, there has been no damage to his spinal cord.

The fall happened in the early stages of the 1810m race when Morena Roc, the horse Bholah was riding, clipped heels and fell in view of the large crowd gathered along the home straight.

Bholah could not be moved from the track for some time, due to the nature of the injuries, and the race was abandoned.

As a result, the remainder of the Kumara meeting was put back by one race.