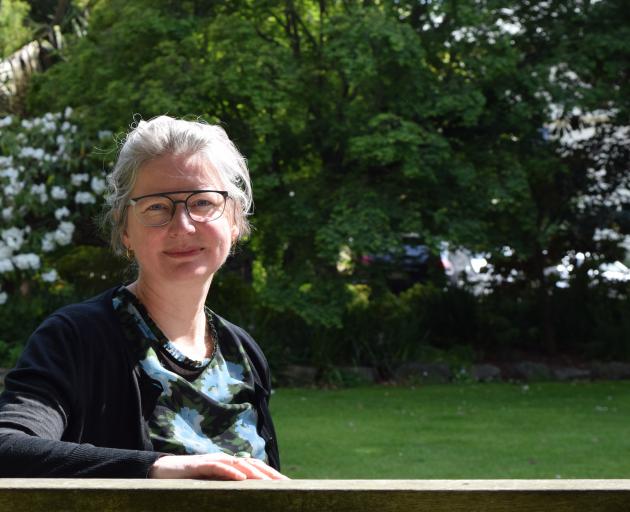 University of Otago Environmental Public Health Associate Prof Alex Macmillan, of Dunedin, wants a bigger commitment from the Government to making a better food system. PHOTO: SHAWN MCAVINUE
The food system in New Zealand needs an overhaul and farmers can ‘‘respond and adapt’’ to bring change, a Dunedin academic says.

University of Otago Environmental Public Health Associate Prof Alex Macmillan said the commitments made at the 2021 United Nations climate change conference, COP26, in Glasgow, would do little towards the production of more healthy food in New Zealand.

‘‘We need to be doing more than reducing methane.’’

At the conference, more than 100 countries, including New Zealand, signed a Global Methane Pledge, committing to collectively reducing global methane emissions, across all sectors, by at least 30%, compared with 2020.

Dr Macmillan said the impact methane had on climate change was only one of the problems facing the food system, which produces nearly half of New Zealand’s greenhouse gas emissions.

‘‘We need to address a range of problems — not just methane.’’

The other issues include nitrate and water pollution, effects on biodiversity, land-use and hunger, nationally and globally.

At the conference, she wanted the Government to have made a clearer commitment to transforming New Zealand’s food system, by supporting food producers to shift towards regenerative agriculture and reducing livestock numbers.

In a statement, Federated Farmers president Andrew Hoggard said part of the pledge calls for technology innovation, incentives and partnerships with farmers to reduce agricultural methane.

He wants the Government to provide a framework which enables farmers to implement some of the new smart greenhouse gas reducing technology available.

“New Zealand farmers are the most emissions efficient farmers in the world, and the growing global population is demanding more of the products we export, such as beef, lamb and milk.

‘‘We should not simply shrink our way to emissions reductions.’’

The sector, partners, Government and agritech companies were investing millions of dollars in developing new solutions and helping farmers adopt them on-farm.

‘‘This will take time and an enabling regulatory environment. There is no silver bullet.”

needed to go beyond technological innovation to reduces

Focusing on technology innovation — such as vaccines and feeds to reduce agricultural methane — while maintaining current livestock numbers, would not transform the food system to be sustainably producing healthy food.

‘‘It’s not a necessary part — that’s the conclusion that is really clear.’’

She believed New Zealand farmers had the ability to change a food system, like the rapid shift of land-use to dairy farming.

A challenge of the change was the level of infrastructure debt farmers had from dairying intensification.

Issues of the New Zealand food system were often ignored because food was treated as an economic commodity, rather than an essential need, Dr Macmillan said.

She wanted the Government to set up a Ministry of Food to help create a sustainable system produce healthy food to achieve better outcomes for people and the planet.

Farming intensification had not made food healthier or cheaper in New Zealand.

‘‘We have hunger in New Zealand — one in five children live in houses, which can’t afford to buy healthy food.’’

She believed farmers had a ‘‘strong desire’’ to reduce world hunger but currently, New Zealand was not doing that.

‘‘What we are doing is selling protein to people who don’t need it.’’

To combat hunger, land should not be ‘‘wasted’’ by growing food for animals, so milk and meat could be produced to provide an oversupply of protein to the world, she said.

The land could be used more efficiently to grow plant-based food for humans.