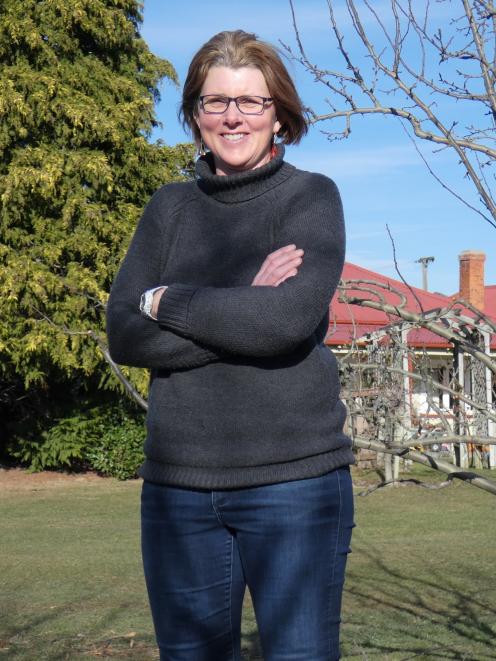 Mrs Webb, from long-established family-owned summer fruit and pipfruit orchard Webb's Fruit, on the outskirts of Cromwell, was presented with Horticulture New Zealand's President's Trophy for 2019 at the organisation's conference at Mystery Creek earlier this month.

The trophy recognised a passion for working on behalf of the horticulture industry in New Zealand, as well as a commitment to developing as a business leader and successful grower. She received a cash grant to further develop her leadership ability.

HortNZ said Mrs Webb - who is part of the fourth-generation of Webb family fruit growers - was putting her drive, education and marketing expertise to great use, building a business for future generations.

She was known for her contribution to improving innovation and quality in the summer fruit industry, and for being in tune with emerging trends.

Mrs Webb recognised the importance of young people entering the industry by offering them positions and support while they trained.

She also offered employees onsite accommodation and "a real sense of community".

Mrs Webb grew up on an apple orchard in Hawke's Bay and met her husband Simon when both were studying horticulture at Massey University.

Following an OE, where they worked in the horticulture industry, the couple returned to Mr Webb's family orchard in 2002. The orchard has been in the family since 1914.

Mrs Webb got a job at Molyneux Orchard, now known as 45 South, initially doing dispatch and some compliance work, before working up to packhouse manager for a few years.

The couple's three children Ariana, Brooke and Cameron arrived and, when Simon's father John - who had been in charge of Webb's packhouse - died in 2012, Mrs Webb took over managing the packhouse.

A few years ago, Mrs Webb completed a HortNZ leadership course. Inspired by that - and an Agri-Women's Development Trust course - she saw the school board of trustees as a good first step.

She then became chairwoman of the Central Otago Fruitgrowers Association and, after completing an MG Marketing director internship, she joined the board of the co-operative - which represented more than 400 grower shareholders - earlier this month.

Mrs Webb used the 18-month internship as a learning experience to observe people and to understand the dynamics around the board table and understand the business.

She has also recently been elected to the board of Summerfruit New Zealand, the industry body that represents the interests of about 280 apricot, cherry, nectarine, peach and plum growers.

Mrs Webb had enjoyed her governance journey, saying that once she put her "hand up", it had opened up a lot of other opportunities. This year had been particularly busy, especially the past few months.

But she and her husband had talked about it and he was very supportive and encouraged her to give it a go.

"If you don't take opportunities when they come, they might not come back," she said.

"I love getting out of Cromwell and getting off the orchard, the conversations you have with other people makes you a better person," she said.

And even though she was often dealing with a bigger industry picture, she was able to take snippets out of that to apply to her own family's business, she said.