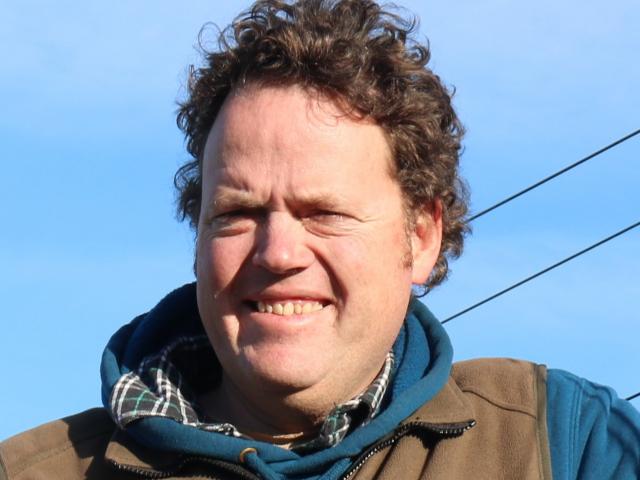 Harvesting started late last month, mainly of sparkling grape varieties and other varieties are due to start soon, through to mid-to-late March.

While Australia's wine sector has been devastated by its hottest summer on record and drought, Central Otago has not been similarly hit, despite the past summer in New Zealand having been recorded as one of the hottest on record.

''It is dry now, but there was a lot of water earlier in the season.

''Like Australia, there are a few places up north which are pretty dry,'' Mr Dicey said.

The formation of Lake Dunstan when the Clyde Dam was built and vineyards' access ''as of right'' to irrigate was the key for the vineyards.

''I don't know anyone without access to irrigation, but there are a few with [access to] aquifers,'' he said.

Vineyards were collectively allowed up to 1million litres of water per day from Lake Dunstan.

Mr Dicey said that the dozens of vineyards in Central Otago collectively took the equivalent of 20 seconds of flow of the Clutha River, for their entire seasonal water take.

While there were some grape varieties ''stressed'' by the dry conditions in Central Otago, Mr Dicey said that could be a positive for flavour as those grapes were not ''luxuriating in water'', come harvest time.

While it was still early days, Mr Dicey said the quality and quantity of grapes around Central Otago looked good and was in-line with previous years.

Over supply of grapes created its own problems with wastage, he said.

''Quality's shaping up well ... companies know that to survive they have to concentrate on quality proposition,'' he said of achieving valuable vintage standards.

On the question of quantity and production, Mr Dicey said ''good volumes'' were at hand and he did not expect above-average production this year.

Nationally, the wine sector benefited from last year's warm summer and the harvest was up 6%, to 419,000 tonnes of grapes.

Mr Dicey estimated that across Central Otago the ''significant'' number of pickers required would be in the thousands, over the entire season.

So far, the numbers of people for harvesting was ''relatively positive'' and there were quite a few pickers around at present.

One of the few concerns for Mr Dicey was whether frosts would make an early arrival, before harvesting was complete.

In mid-October last year Central Otago vineyards were said to have ''dodged a bullet'' when extremely dry air conditions coincided with a 5-degree frost, but losses were assessed at about 5% to 10% of grapes overall.