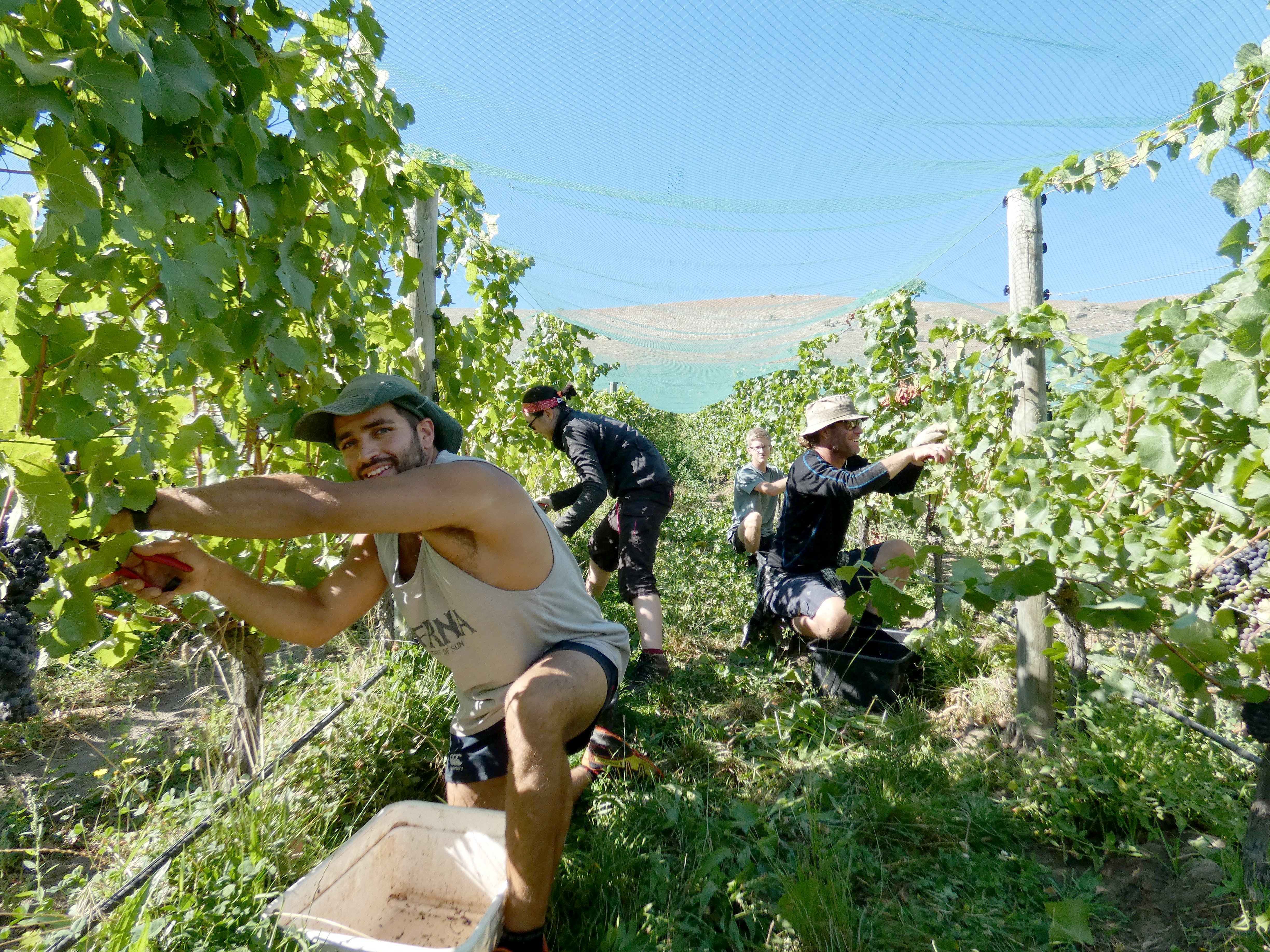 At work at Quartz Reef Bendigo Estate in Bendigo are (from left) Martin Ledesma Conrado, of Argentina, Towa Wilson, of Christchurch, George Corban, of Taumaranui, and Bannockburn’s Johnny Klevstul. PHOTO: JARED MORGAN
Central Otago’s wine harvest is under way as sparkling varieties are being picked and pressed.

At the 30ha vineyard in Bendigo, pinot noir grapes were being harvested yesterday, with chardonnay soon to follow.

The challenges of getting this year’s crop off the vines were still there in terms of labour, but Central Otago had learned a lot from 2020’s lockdown harvest, Mr Bauer said.

"This year we are able to complete the harvest under easier conditions than last year in lockdown."

The wine industry as a whole had pulled together under those conditions and he believed that collegial spirit would translate into a sharing of the labour pool.

"We as a region always have the availability to work together - last season was an example."

The difference in harvest times across the region also created a mobile workforce, he said.

A dearth of backpackers would be eased by the arrival of Central Otago’s allocation of recognised seasonal employer, or RSE, workers on Sunday.

The Quartz Reef vineyard was carved off the historic Bendigo Station in 1996, making it one of Central Otago’s pioneer vineyards and a leader in sparkling wines.

Mr Bauer said the vineyard’s north-facing aspect typically made it one of the first in Central Otago to harvest, up to two weeks ahead of other wineries in the region.

The Bendigo area was one the most prolific producers and up to a quarter of Central Otago wines originated from its slopes above Lake Dunstan and the Clutha River, he said.

The key to sparkling wines was to pick when grapes had lower sugar levels, known as "brix".

"Put it this way, for every 100 litres of unfermented wine there is 20kg of brix - that is pure sugar which the yeast then ferments from."

"The yeast then converts the sugar into alcohol."

That was followed by bottle fermentation, a process that took up to two years, he said.

The harvest for still wines would begin next week at Quartz Reef, but typically occurred around March 20 for the entire region.