Journey from grower to consumer traced 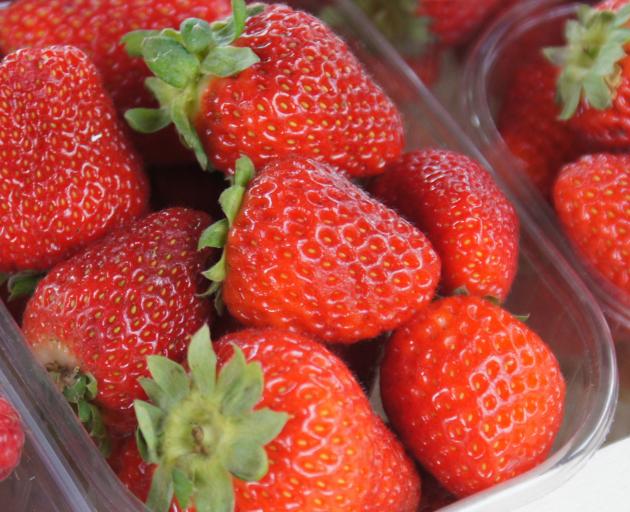 The domestic fresh produce industry body asked the AgriChain Centre to carry out a survey looking at the traceability of fresh produce from growers through to consumers, as part of a Sustainable Farming Fund study, late last year.

They wanted to find out how traceable produce was if there was an urgent product recall.

Centre managing director Anne-Marie Arts said they sampled and traced hundreds of products across the supply chain using the many different labelling systems in place.

''That very clearly identified there are problems [with traceability],'' she said.

''It confirmed the scale of the challenges from the industry's view point.''

She said they identified several produce traceability issues, which they intended to address.

''We followed the strawberries from 'go to whoa', from being put into the punnet, then to the crate, the pallet, the truck, the distributor, the supermarket distribution centre, to the supermarket and to the customers.''

Ms Arts said many businesses had a ''one up, one down'' system, as they knew who they bought the produce from and who they sold it to.

Problems occurred when new labels from the next players in the chain covered up information on previously placed labels.

She said by the time the produce had reached retailers, the products could have been labelled several times, which resulted in confusion or lost information.

''Less than 40% of those surveyed understood the requirements for regulatory reasons.

''There was also confusion from some growers about what a barcode does.''

While most growers did have recall procedures to varying degrees, there were issues with technology compatibility, language barriers, and time challenges if there was an urgent recall of exported products.

Ms Arts said they found many barcodes in use had only basic or limited information and were largely preprinted, while other systems in use could not ''talk'' to each other.

''It will tell us this is a strawberry punnet but it doesn't say where it was packed, or details about its transfer through the system.

''Ideally we should be able to scan from the punnet to the plate but we currently can't do that in most instances.''

She felt many of the current systems were inefficient and not robust enough should there be an urgent product recall, and the issues needed to be addressed.

''The next plan is to start a trial of loose-packed lettuce, using the lettuce as a proxy for a 'unpacked' or 'naked' crop.''

Ms Arts said once the study was completed, they intended to produce guidelines for growers to address the issues and ''ramp up the communications''.

If you're interested in Local lettuce production, please get in touch.. Sales direct from garden to local customers.