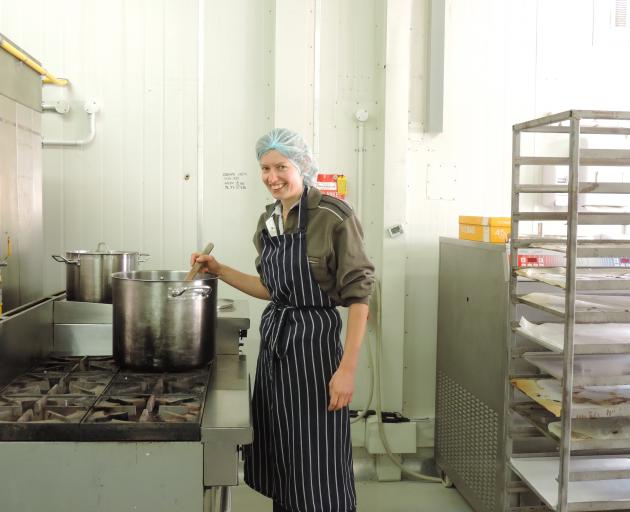 Ellen Watt, one of owners Justin and Julie Watt's eight children, is responsible for the sorbets. She spends Friday mornings in a commercial kitchen at the orchard, having attended a Timaru baking school for a year and spending nearly a year completing her food compliance qualification.

The sorbets were one of 483 entries in the awards, judged by a team of expert food writers, chefs and packaging design professionals.

''Winners in each category triumphed over their competition in terms of innovation, fit-for-purpose, visual appeal, taste, price point, packaging and shelf life,'' the competition's website said.

''The judges felt that this year there was a continued focus on fresh product, which showed the growth in this category reflecting consumer demand for fresh and local.''

The frozen category was one of seven in the awards.

Miss Watt said her family was ''pretty stoked'' with the win, especially considering the calibre of other entrants.

She hoped it would help to ''get our name out there''.

The sorbets were being sold in Fresh Choice supermarkets in Geraldine, Merivale, Parklands, Green Island and Cromwell as well as at the Otago Farmers' Market in Dunedin, and were on the menu at some Kurow eateries.

The Watts were seeking an Oamaru outlet.

''We're keen to go bigger than we are at the moment.''

Each sorbet was a single flavour, showcasing fruit grown in the orchard. Miss Watt said her favourite was red plum, but a lot of people preferred peach.