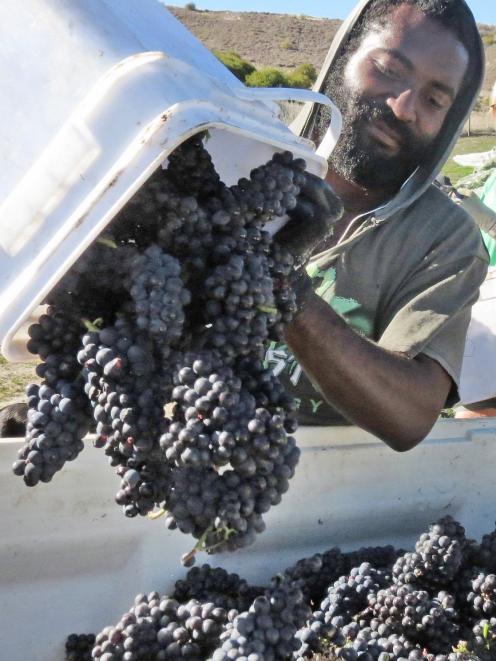 RSE worker Rowel Saul adds pinot noir grapes to a bin on Bald Hills Vineyard in Bannockburn yesterday. It is hoped he will soon be joined by more RSE workers. PHOTOS: TRACIE BARRETT
Quartz Reef Wines winemaker Rudi Bauer, a two-time recipient of New Zealand Winemaker of the Year, said harvest of grapes began on February 22 for the label’s sparkling wine, which requires lower sugar levels than are required for a pinot noir.

"Generally, we are very happy with the sparkling wine quality," he said.

Picking of the pinot noir began on the Bendigo vineyard on March 17, and the stable season had contributed to a promising vintage.

"The season has been very kind to us weather-wise," Mr Bauer said.

"The fruit is in very good condition, which gives us breathing space."

In Bannockburn, Precision Viticulture owner Gary Crabbe and his crew spent yesterday morning picking pinot noir grapes for the Bald Hills 2022 Rose and was very pleased with the quality and flavours. 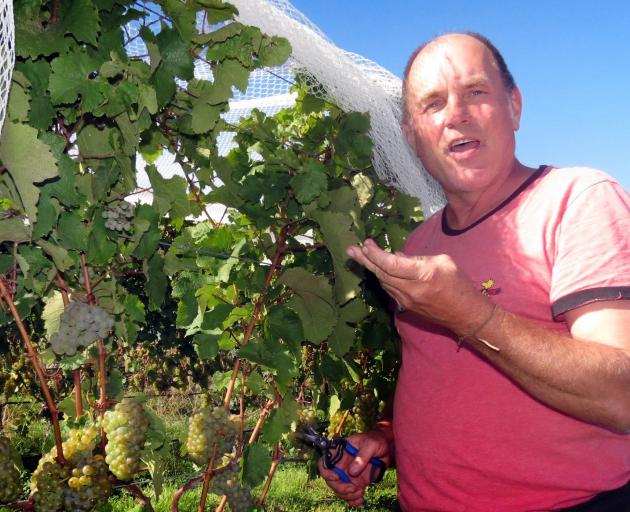 Precision Viticulture owner Gary Crabbe is happy with the size, quality and developing flavours of the riesling grapes on Bald Hills Vineyard in Bannockburn.
The rose is made from young vines and again has slightly lower sugar levels, and the vines were the first to be harvested on the vineyard.

"What we’re looking for in the rose is beautiful bright flavours to give the aromatics and vibrancy at its optimum," he said.

He is waiting for a crew of workers on the Recognised Seasonal Employer (RSE) scheme to arrive from Marlborough to join his current crew, and hopes that will give him enough staff to harvest the pinot noir and Riesling beginning next week.

Jacky Wilson, team leader for Precision Viticulture’s Ni-Vanuatu team, said they were taking every precaution to prevent catching Covid-19, and they wore masks even though picking outdoors yesterday. 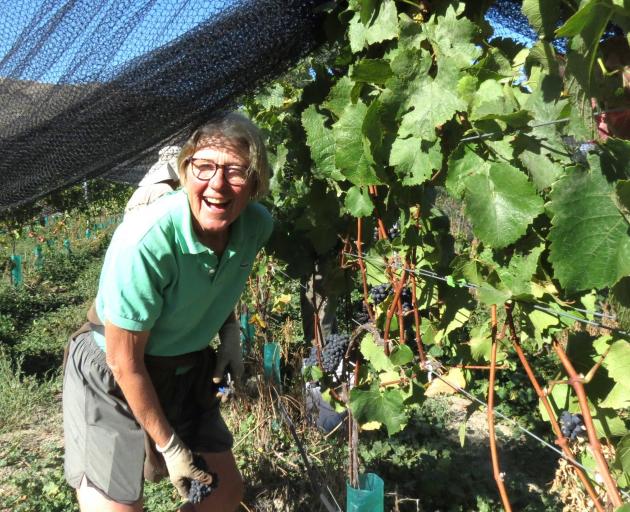 Ngaire Pierik, of Gibbston, enjoys the autumn warmth yesterday while picking pinot noir grapes at Bald Hills Vineyard.
Seasonal Solution Co-operative chief executive Shaun Fogarty, who employs Mr Wilson and many other RSE workers throughout Otago, Marlborough and Canterbury, said earlier this week that labour shortages due to restrictions combined with people having to self-isolate was a real challenge.

"Without backpackers, which we would normally have, there are real shortages," he said.