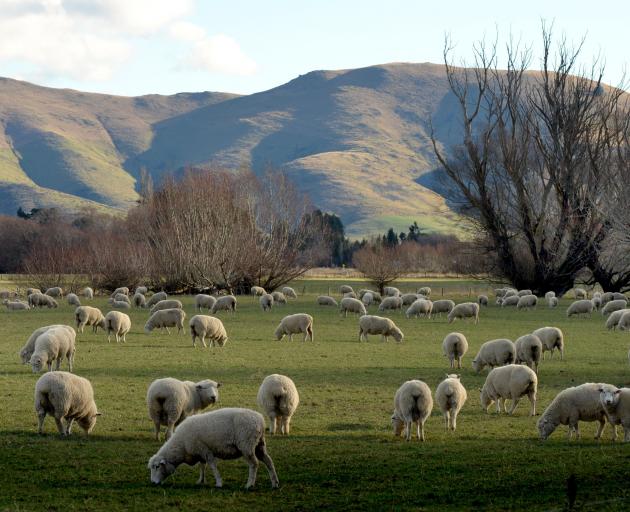 Revenue, profit and processing rates were all up for Invercargill's Blue Sky Meats; pictured, sheep grazing near Athol in northern Southland. PHOTO: STEPHEN JAQUIERY
Southland meat processor and marketer Blue Sky Meats has delivered its best result in eight years as revenue is up 34% to a record $140million.

The company is now two years into a three-year turnaround programme and is exceeding targets.

Last financial year, revenue rose from $97million to $105million and its net profit before tax rose from $2.5million in 2017 to $3.7million.

Blue Sky Meats chief executive Todd Grave said along with processing 25% more lamb and mutton, to a total 742,000, the results were "heartening", given sustained high schedule prices and the decline in total sheep numbers the industry had experienced recently.

"We still have some way to go in terms of improving these [performance] metrics and delivering them consistently to our shareholders," he said in a statement.

The company had missed the deadline to get regulatory sign-off from the Overseas Investment Office, and wet and cold weather at the time triggered a material adverse change in Blue Sky's finances, as it reduced stock flows and earnings were undermined.

Binxi had built its stake in Blue Sky in 2016, becoming the third-largest shareholder behind Lowe Corp and H.W. Richardson Group.

Mr Grave said the strategic plan was a "profit gain plan" comprised of 20 focused projects within the business to advance company performance and position it on an upward trajectory.

"We're two years into the plan and we've seen the scale and profit of our business grow substantially," he said.

In July last year, Blue Sky decided to sell its unprofitable Gore plant which had been non-operational since late 2016 but, with no strong interest, it was retained to process offal from its Morton Mains plant, between Edendale and Invercargill, Mr Grave said when contacted.

He said efficient use had been made of the Gore facility, through further processing of offal into pet food ingredients, and additional opportunities were now being explored.

The current plant capacity infrastructure at Morton Mains, which processes all the lamb and mutton over an almost 11-month season, was still constraining growth opportunities, he said.

However, additional throughput was still achieved and an $11million capital expenditure programme was now under way to address constraints and increase efficiency and improve environmental performance.

- Blue Sky's annual meeting is on August 8 in Invercargill.