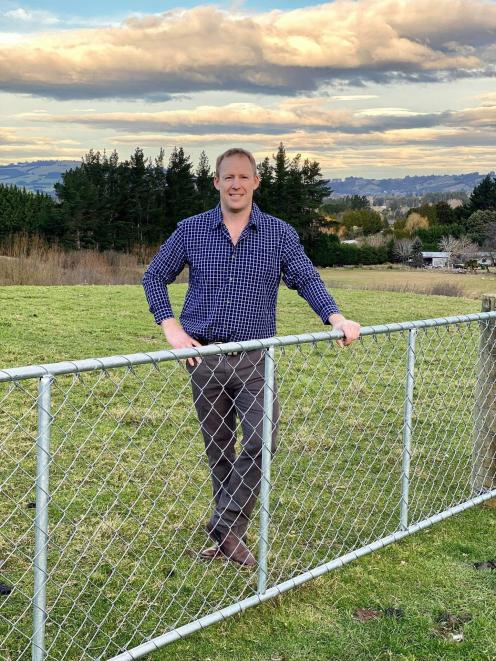 Mr Nichol grew up on the family farm at Clarks Junction and, in 2007, he was able to farm a portion of the family property as a stand-alone economic unit.

“I reflect back on those early years; all the things I wish I knew then that I know now. The thing that always used to bug me was finding ways to create a farming system that would produce consistently good results.”

A season could be impacted in many ways and Mr Nichol said it was learning how to measure those variables in order to make “proactive decisions” rather than “reactive moves”.

He found those early years of his farming career hugely rewarding.

“I relished in the challenge. I surrounded myself with guys that were good at it, and I was always open to change.”

Mr Nichol now lives on the Taieri with wife Kellie and their two young children. Mrs Nichol works four days a week as a doctor in Dunedin and needs to live close to her workplace for on-call reasons, so Mr Nichol had been commuting to the farm for a couple of years.

The couple recently took over the lease of part of their neighbouring property which gave Mr Nichol the scale needed to justify employing a full-time manager to run the farm and allow him to step away.

His consultancy business, called FarmLife Advisory, offered a range of agricultural services — from production and financial advice to business management and nutrient recommendations.

The flexibility of consultancy work meant he could be hands-on with their preschoolers and help around the house. “We had a few rough meals before I perfected my cooking skills, I can say that much,” he laughed.

Mr Nichol, who gained first class honours in his agricultural science degree, had always been keen to venture down the consultancy path.

“It’s always been something that has been in the back of my mind, and I have been open to opportunities over the years that have offered further personal development.”

He was a certified Overseer nutrient budget adviser and had several governance and facilitation accreditations.

The pressures on Kiwi farmers were ever-present and the rapid change expected before a farmer put his head on the pillow each night can be overwhelming.

“Particularly for the younger generation that are just starting out, many just need to be shown the tools that will give them the confidence to make informed choices and clear decisions.”

Mr Nichol had a handful of mentor consultants he worked alongside, and he credited Alexandra’s Peter Young for his solid backing while he has been starting out.

“I have always found Peter’s line of thought very similar to my own and we have clicked from the start. Ultimately, it’s about helping ignite the passion for farming and overcoming all the challenges that get thrown at us on a daily basis.”