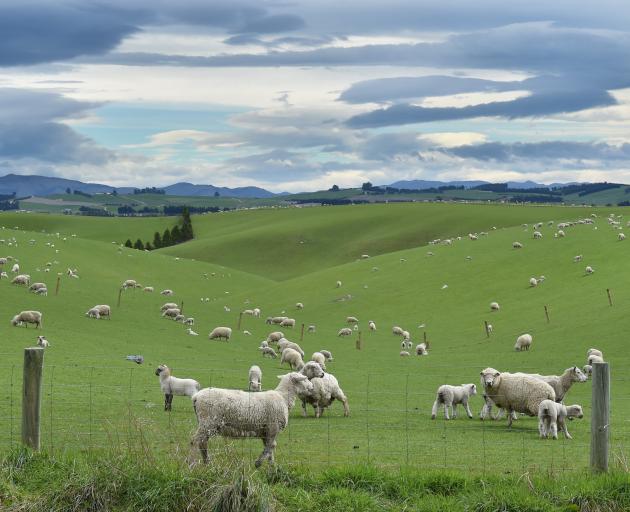 Covid-19 had presented significant challenges to the supply chain and logistics side of exports over the last year. Photo: ODT files
Economists are predicting lamb prices could reach as high as $9.65-$9.75kg as they continue to exceed record highs.

In the latest ASB Commodities Weekly, economist Nathaniel Keall said demand factors were expected to remain favourable over the remainder of the season.

African Swine Fever was on the rise in China and had the potential to drive demand away from pork to other types of meat while the global reopening continued to support restaurant demand offshore.

While the step down Covid-19 alert levels had made social distancing less of an issue, staffing woes were a recurring anecdotal theme, kill space might struggle to meet the coming rush and backlogs were likely.

That was notable, given logistics challenges had already crimped export volumes. Frozen lamb cuts - New Zealand’s largest lamb export segment - were currently down around 13% on pre-Covid levels over the beginning of 2021, Mr Keall said.

From a revenue perspective, the bank expected high prices would continue to offset any trend lower in volumes over the remainder.

‘‘While export volumes may be a shade lower, with prices up circa 30% on last season, farmers and exporters can expect to be quids in over the remainder of the season,’’ he said.

It had not been easy. Covid-19 had presented significant challenges to the supply chain and logistics side of exports over the last year.

The labour shortage was worse than ever and that was affecting the ability of processors to add value to each carcass, they said.

Without enough workers, product was not processed to its maximum value, processors lost out on on extracting maximum value in New Zealand and farmers missed out on higher prices.

A campaign was launched to tell New Zealanders that the industry provided good paying jobs and career pathways. Opportunities to bring about greater diversity in the sector were also being embraced.

Muslim markets and many customers demanded meat be processed in the halal way and New Zealand did not have enough Muslims living in the regions to do that job.

The sector faced ‘‘bureaucratic barriers’’ from Immigration New Zealand and, when the visa extensions for migrant halal butchers ran out, the industry would face a ‘‘crunch point’’.

It wanted the Government to put in place a permanent solution, a special work visa for halal butchers.