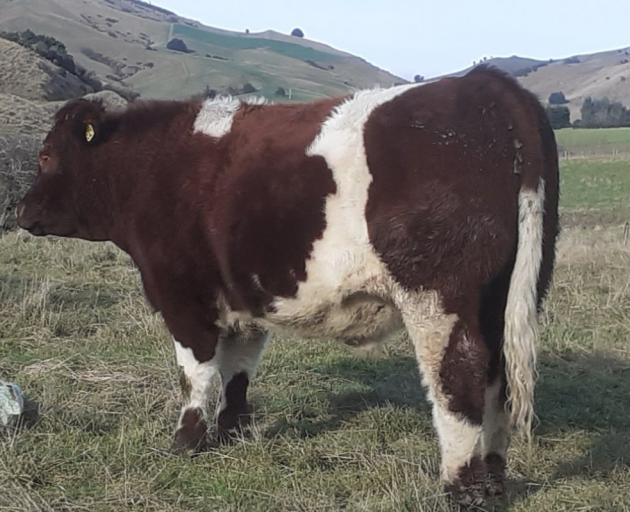 Owaka farmer Barry Gray’s 21-month-old Maine Anjou steer from the 2020 season.PHOTO: BARRY GRAY
A relatively unknown French cattle breed has kept a Catlins farmer passionate about improving his herd and pitting it against others in competition.

Third-generation Owaka farmer Barry Gray breeds Maine Anjou, which originated in Maine, in the northwestern part of France. The breed was the result of a cross in the late 19th century between the Mancelle of West Central France, mainly a dairy animal, and the Durham of England, an early maturing beef animal. 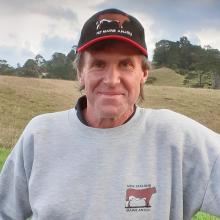 Barry Gray
Mr Gray, who is the convener of the upcoming Otago-Southland Hoof and Hook Beef Competition, is looking forward to seeing how his stock stacks up against steers and heifers in the various categories.

‘‘I like cows who have a good temperament. It’s nice to walk through them and have them respond, who are nice to say hello to and to be around.’’

The French influence on his 660ha farm on the outskirts of Owaka began almost by accident.

‘‘My father bred simmentals in the ’70s, and one time the bull couldn’t do the job. So I rang a mate, and he suggested the Maine Anjou.‘‘

At that time, barely anyone had heard of the breed, although interest was reasonably strong now, with the formation of a New Zealand Maine Anjou Cattle Society.

That was the late 1980s early 1990s, the length of time he had been involved with the beef competition.

He has previously had a good showing in 2019 with his Angus cross Maine Anjou steer, which won the Best of British-sired section. The 281kg carcass achieved maximum points for dentition, fat cover, pH, and had a rib eye area of 114sqcm.

Run by the Otago Southland Beef Competition committee in association with Alliance Group, the hoof section will be judged at the Charlton Saleyards near Gore, where the Doug Lindsay Memorial Trophy is competed for and awarded to the overall supreme hoof champion. For the hook aspect, the entries are processed through the Alliance Group’s Mataura plant. Various criteria are used to determine the carcass awards, including dentition, muscle class, fat cover, ribeye area, pH, and this year it was proposed that an eating quality category would be added to the points system. Intramuscular fat in meat, also known as the marbling fat, improves eating, and is an indicator of tenderness.

An awards event will be held at the end of July. 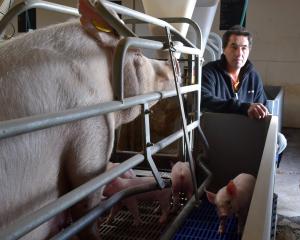