By Richard Davison
0 Comments
A "fair go" from a family friend led to a lifetime of job satisfaction for one southern girl, who draws the curtain on a career in butchery this week.

Lawrence Blue Spur Butchery owner Jan Harper brings a 48-year career in the meat industry to a close tomorrow, one which began as a "bit out of the ordinary" for a teenage girl from Invercargill back in 1973.

"They said I was the first female butcher’s apprentice through Invercargill back then, but to me it didn’t matter. It was just what I wanted to do since I was a little girl." 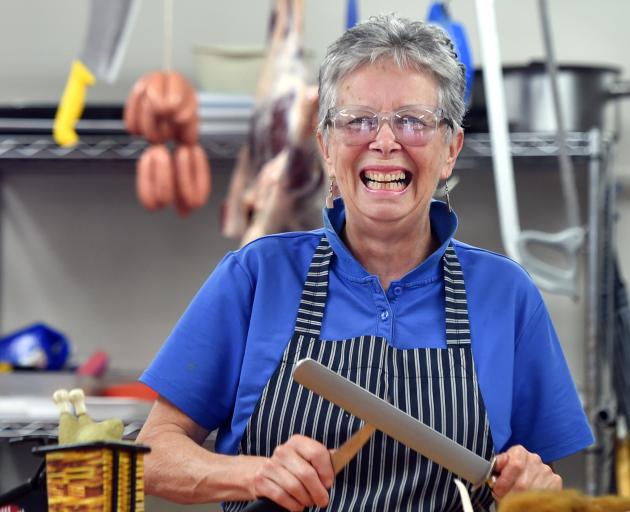 The owner of Blue Spur Butchery in Lawrence, Jan Harper, retires tomorrow after 48 years in the trade. PHOTO: PETER MCINTOSH
She acquired a love of the trade from running messages to her local butchers, where the "pint-sized" youngster would be amiably teased and spoiled.

Mrs Harper’s older brother Gary became an apprentice before her, given the opportunity by family friend and Invercargill butcher Kenny Officer.

A year or so later, she was delighted to be given the same chance herself.

"I loved it — he was the best boss I ever had. Kenny actually came to visit recently, on hearing I was retiring, and he said it was my energy and enthusiasm that won him over. I’d always give everything a go and give it my full attention, which hasn’t really changed since." 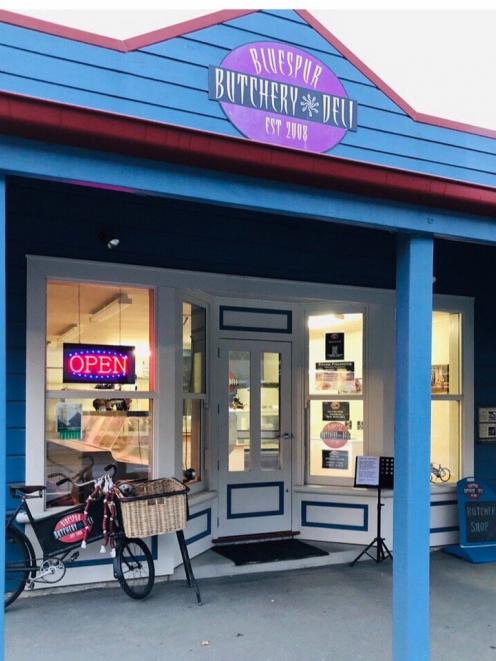 Blue Spur Butchery, Lawrence. PHOTO: JAN HARPER/SUPPLIED
Another brother and a nephew had since followed her into the trade, she said.

Like a good sausage, her career had been liberally spiced — with humour and adventure.

When metric weights and measures were introduced in 1976, an elderly female customer strode boldly into the shop, Mrs Harper said.

"She said, ‘I’ll take a kilometre of sausages and a litre of mince’. The boss just looked at her and said, ‘It could be a while collecting your sausages’."

A 15-year spell working as a butcher in Sydney from 1978 introduced the enterprising young adult to a smorgasbord of international culture.

"I was working with a Hungarian Jew, a German called Helmut, a former SS officer called The Old Fox, and a Russian called Boris.

"My dad said, ‘Just you look out, Jan. That’s a regular League of Nations.’ But they always looked after me. I was like a mascot."

In 2009 and back on home soil, the opportunity arose to establish her own butchery for the first time.

Ending up christened "Blue Spur" after a local beauty spot, it could have been quite different, Mrs Harper said.

"I’ve always loved The Rolling Stones, so I was going to call it Jagger Meats.

"But I didn’t think Lawrence was quite ready for that."

She later discovered her grandfather Bill Smith had been born at Blue Spur, bringing the family connection full circle.

"Funnily enough I haven’t been able to find out much about a man called ‘Bill Smith’, but Lawrence has always felt right to me.

"Although I’ll probably head off in my campervan from time to time, this is home now." 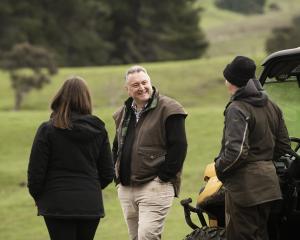