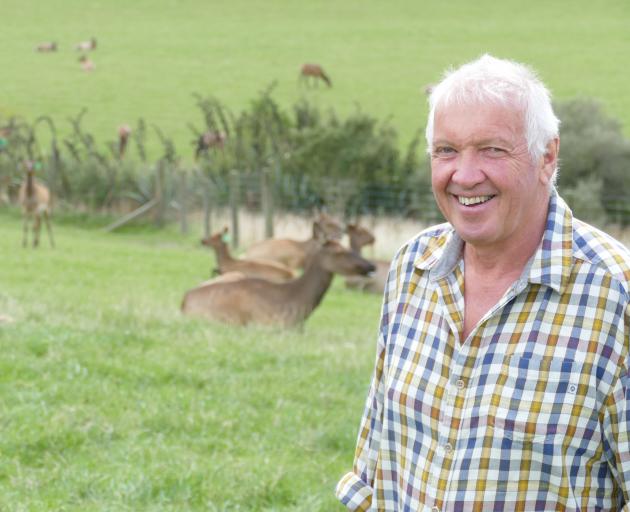 Tikana Wapiti's Dave Lawrence with some of his progeny. Photo: Ken Muir
Selecting deer with natural resistance to internal parasites could be the next tool for deer farmers in their search for better growth rates and ways to reduce the use of drenches in their animals says Tikana Wapiti Stud owner Dave Lawrence.

Dubbed CARLA (Carla), short for carbohydrate larval antigens, the test was developed by AgResearch scientists for the sheep industry, where Carla breeding values (BVs) are now a routine part of genetic selection.

The Carla test measured antibodies triggered when animals ingested internal parasites. The saliva test for the antibodies was now well-established.

Initial research trials of Carla in deer found that high levels in autumn and spring in response to a greater parasite challenge were correlated to lower parasite burdens. This made Carla a potentially useful predictor of resistance to parasites in farmed deer.

''We've pretty much established that the Carla is inheritable in deer,'' Mr Lawrence, a former vet, said.

''In the longer term, the goal is to move towards animals that don't need drenching.''

Mr Lawrence, who, with his wife Donna, runs the Tikana Wapiti Stud on 35ha of rolling hill country at the northern end of Forest Hill in Central Southland. He said the next step was to use the research to provide estimated breeding values (eBV) for Carla.

''There are limited opportunities in the deer industry,'' Mr Lawrence said.

''We have to be careful not to repeat some of the mistakes we have made in the past.''

He said tests are being done on animals at 10 months and there are also some early trials being conducted.

''It's possible that the earlier the animal develops Carla, the better,'' Mr Lawrence said.

''The first six months are critical for animals.''

''Single trait selection can have risks,'' he said.

''We need to maintain balance with our breeding objectives.''

It was still relatively early days for the deer industry in using data to establish breeding values and there was a lag in spreading knowledge about these to commercial operators, he said.

''The industry's Advance Party discussion groups are helping us reach out to a new generation of younger farmers and this will stand us in good stead going forward.''

The New Zealand deer genetic pool was something of a melting pot Mr Lawrence said and there were now issues about importing additional wapiti lines into the country because of disease issues overseas.

''Deer has some unique characteristics which can make research challenging,'' he said.

''For example, we don't capture accurate birth dates and we're unable to use some of the data-gathering techniques available to the sheep industry.''

There are positive aspects though, including the fact that eye muscle scanning was a predictor of a number of commercially valuable traits. He said there was now increasing focus on maternal traits as a predictor of performance. 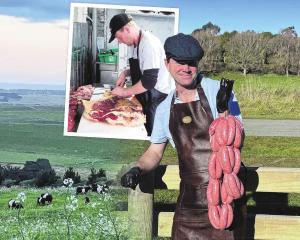 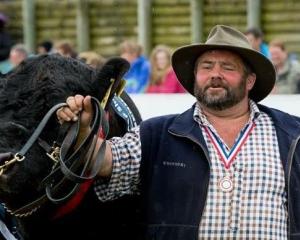