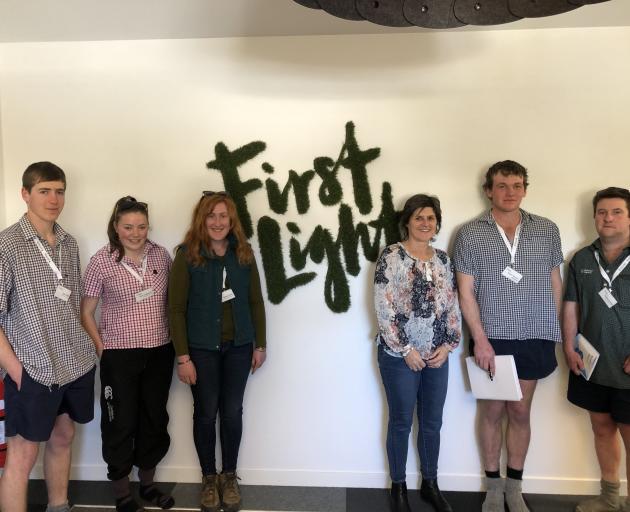 As a result of being accepted on the Future Deer Farmers Experience 2020 tour earlier this month, she is considering working in the deer industry once she completes her course.

The 19-year-old is from Te Anau but is taking a high country farming course at Otago Polytechnic’s Central Campus in Cromwell.

She was one of five students throughout the country to be selected for the annual tour, co-funded by Deer Industry New Zealand (DINZ) and New Zealand Deer Farmers Association (NZDFA).

"I grew up in Te Anau, which is deer farming country, and have helped out of farms, but deer was all new to me. I always knew I wanted to work with animals and that led me down the farming track.

"I was surprised to be selected for the tour, which was exciting. I really enjoyed meeting different people from the deer industry and making all the contacts," she said.

The five-day tour included flying to Wellington to visit the DINZ head office and meeting those involved in the organisation.

The students were then driven to Feilding and visited a slaughterhouse and packer.

They went to a deer farm in Taihape, and then a tannery and venison marketing company First Light Foods in Hawke’s Bay as well as finding out about other aspects of the supply chain.

The students were guests at the 2020 NZDFA Next Generation Workshop inHawke’s Bay for the final two days, which included visiting other deer farms and listening to speakers.

"I would consider going to work with deer and I had not thought of doing that before [the trip]," Ms Johnstone said.

She finishes her course in November and will then look for a job.

She will start calf rearing in a couple of weeks at Tarras.

"Usually we only take four on the trip but as there was such a big response we took an additional one.

"We trying to get the students in front of farmers as much as possible ... the trip gives them experience and shows them what is out there in the industry."