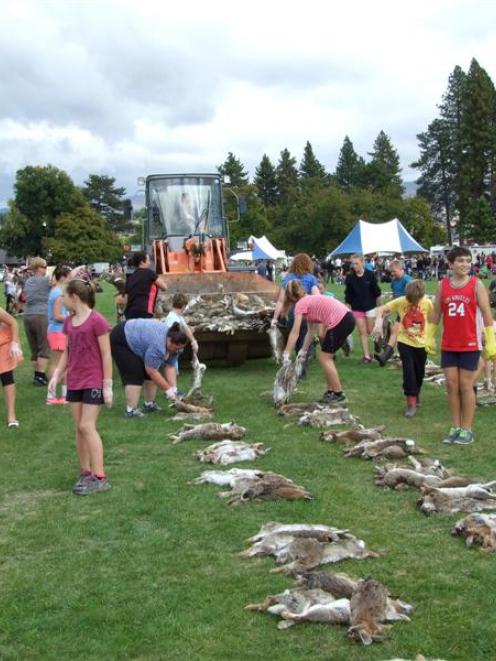 The Alexandra Lions Club's organising committee made the decision to change the event's date in response to the Government's requirements that events attracting large crowds be cancelled to limit Covid-19 transmission.

The committee will make a further decision about whether it can hold the event closer to the new date, depending on conditions at that time.

"We have had a two year hiatus, although this year we are not cancelling, just postponing at this stage,'' Mr Ramsay said.

The Club has run the 24-hour hunt for nearly 30 years and it has been cancelled three times, including last year because of the extreme fire risk.

It was also cancelled in 2018 to support the Otago Regional Council's programme to introduce the rabbit virus RHDV1 K5.

He said 20 teams of 12 shooters, plus supporters and family members, meant more than 400 people were expected to attend the event from throughout the country.

Farmers in the region offered their properties to hunt on.

Hunters and supporters usually converge on Pioneer Park on Good Friday morning for the property allocation, and then again on Saturday afternoon when carcasses are tallied.

About $10,000 is raised from the hunt and distributed to community groups.

In addition to the thousands of rabbits shot, hares, possums, turkeys, goats and deer are also culled if spotted.

The 2017 winning team from Rangiora shot 875 of the 7601 rabbits killed during the weekend.

Mr Ramsay said the K5 virus had not had the desired or predicted impact on Central Otago farms with more rabbits around than ever.

"Some of the area's farmers are saying rabbit numbers are worse than ever and it is taking us back to the early days of last century when they were pretty bad,'' he said.