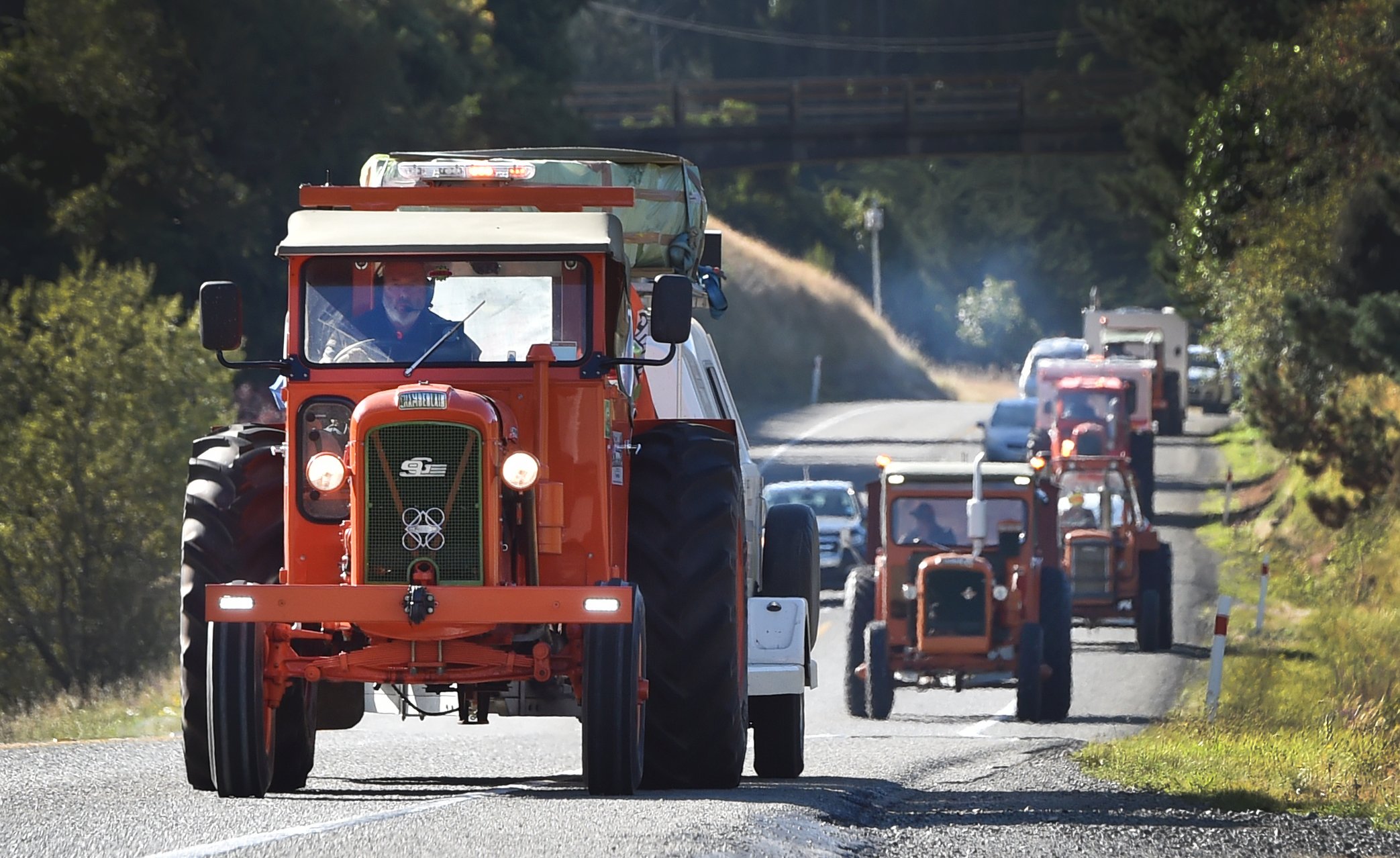 The New Plymouth man is responsible for the Heartland Tractor Trek rolling from Taranaki to Wanaka, raising money for Heart Kids New Zealand.

The idea steamed from Mr Day watching his grandson Oliver receive medical treatment for a congenital heart defect, and he wanted to raise awareness and money to give back to the charity. 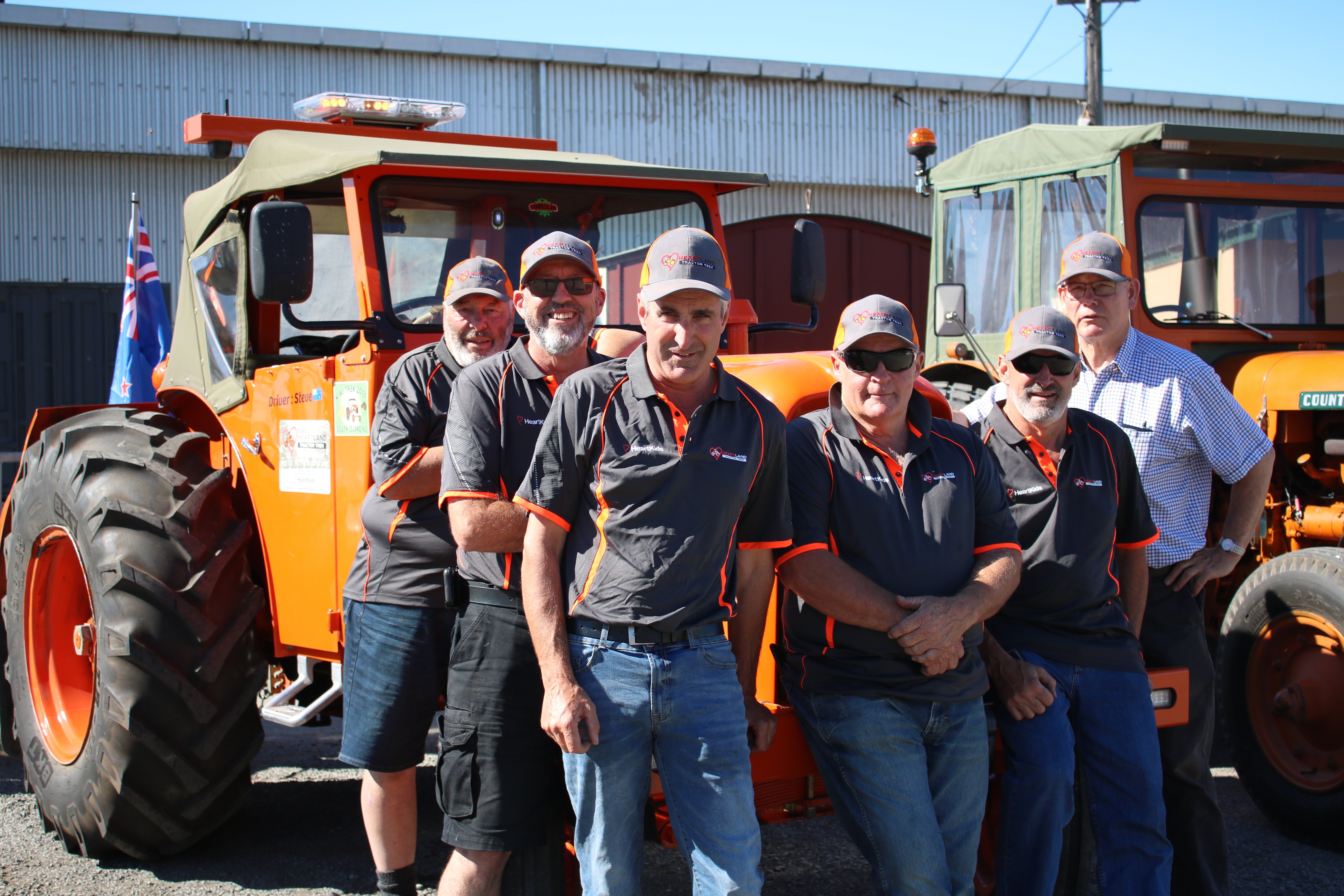 ‘‘When you’re in that kind of environment you have time to contemplate, and you get to a point where you feel that you want to do something,’’ Mr Day said.

Eight Chamberlain tractors, and their support crews, had raised $48,000 when they stopped off in Oamaru yesterday, and were aiming to reach about $75,000.

‘‘We get lots of toots and waves, and people walking up to us offering us money, chasing us down the street on occasion.

‘‘There’s lots of nice comments - we’re not doing it for self-gratification, we’re doing it just to get the awareness out there and get as many dollars as we can because they [Heart Kids New Zealand] rely so heavily on it.’’

The group would be at Wheels at Wanaka this weekend.