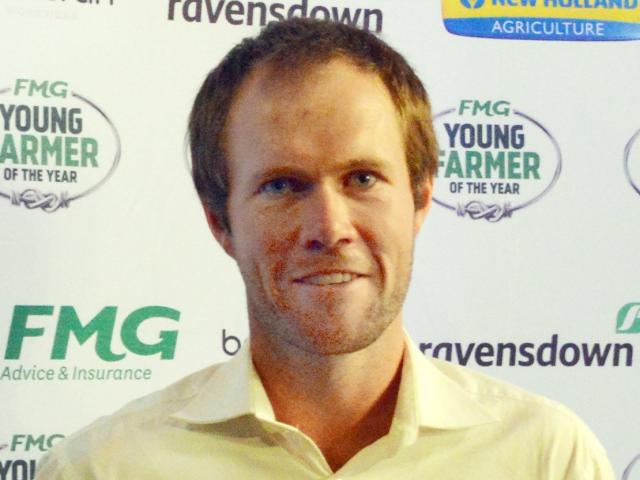 Alan Harvey
Alan Harvey's new job is proving great preparation for his tilt at the Young Farmer of the Year title.

The Aorangi region representative in the grand final has moved from being an agricultural consultant for Agri Planz to operations manager for North Otago dairy farming company Borst Holdings Ltd.

After winning the Aorangi competition in February, Mr Harvey said he would have to work on his knowledge of the dairy sector before the national final in Hawke's Bay on July 4 to 6. So he is filling the gaps in his knowledge while enjoying the variety his job brings.

Overseeing four large-scale dairy farms plus a grazing run-off, he does everything from running tractors to computers.

He is also responsible for compliance issues, including National Animal Identification and Tracing (Nait), which has become stricter since the Mycoplasma bovis outbreak.

The farms have a combined area of 992ha and milk 3500 cows. The land is irrigated with a mix of centre pivots, K-lines, and Rotorainers.

His employers, Robert and Sylvia Borst, are hugely supportive of his attempt to win the farming contest.

''It's awesome to have their backing,'' Mr Harvey said.

Another major change is also in progress - the 28-year-old will take over his family's 190ha sheep and beef farm next month.

''My plan is to double ewe numbers to 1000. They're an unusual cross, which you don't often see.

''I'm going to have to grow the flock naturally by breeding my own replacements, as opposed to buying them in.''

The Harvey family has reared the crossbred sheep on the rolling dryland Airedale property since the late 1800s.

''They suit our country. They're hardy, produce well, and the ewes handle our early lambing date.''

Because lambing starts at the beginning of July, the lambs reach their target weight before Christmas and are off the farm before it gets dry.

This year, however, lambing will coincide with Mr Harvey's trip to Hawke's Bay.

''I haven't quite worked out who will be looking after the flock while I'm away competing. I might have to grovel to a neighbour.''

Mr Harvey has been spending a lot of his ''spare'' time recently completing the Young Farmer of the Year innovation project, which was due today. He cannot reveal any details about it yet.

Despite the pressure he will be under in the grand final, he said he was ''definitely looking forward to it''.

In the meantime, he would love to receive more votes in the People's Choice award. The finalist with the most votes receives $1000 for their Young Farmers club. Mr Harvey said his home club, Five Forks, would certainly use it for ''a damned good cause''.

To vote, go online to fmg.co.nz/peopleschoice

To keep up-to-date with Mr Harvey's progression towards Hawke's Bay, go to facebook.com/alanharvey.yfoty2019