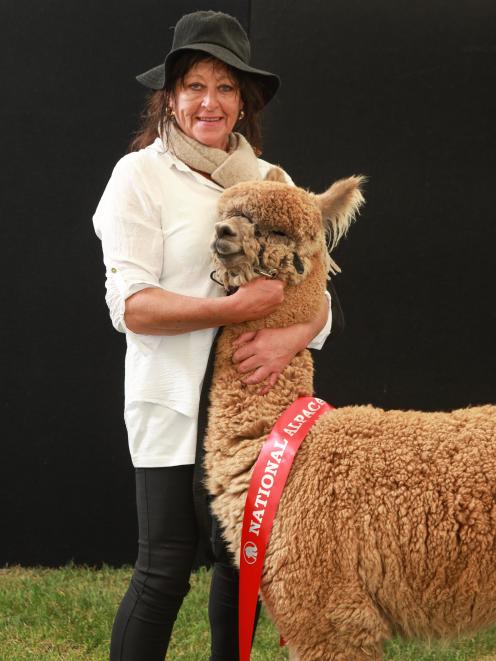 The alpaca took the Mid Dark Fawn Intermediate Male title at the New Zealand Nationals in Christchurch at the beginning of October.

Inca Lodge stud owner Kim Greenfield was thrilled with the national accolade. Diego will be 2 years old in February.

Her stud farm is based at Temuka and is relatively young in age but already has a good record of breeding stock.

ago and has sourced top studs

from top breeders. Along with a mix

of horses, dogs, cats and chickens, the 9ha farm has 80 alpaca of all colours.

Alpaca fibre has been called "the fibre of the gods", Ms Greenfield said.

It is allergy-free, lanolin-free and comes in all colours.

The farm has a special Inca Lodge alpaca-loft shop where a range of special yarns product is sold.

Although it is Diego’s first win, Ms Greenfield has secured top awards in the past; she had a first with a female around two years ago and this year also took out a third placing for a white senior male at the nationals. 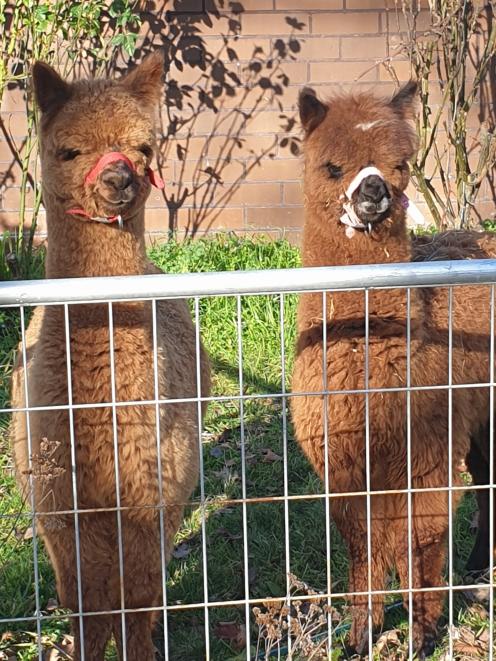 "They are gentle on the land. You can have five or six to an acre. It was such a buzz when I started off improving the herd every year," she said.

She now has 18 cria, some of which have been special guests at local school pet days in her district.

Ms Greenfield has always had horses but in the past also had sheep and cattle. She said one visit to the alpaca farm and she "fell in love" and was the start of her new direction.

Judge Diane Marks, along with apprentice judge Sandra Baerselman will have 108 entries to view; 11 from Ms Greenfield but others are from South Canterbury, North Canterbury, Akaroa and Otago.

It is open to members of the public from 9am.