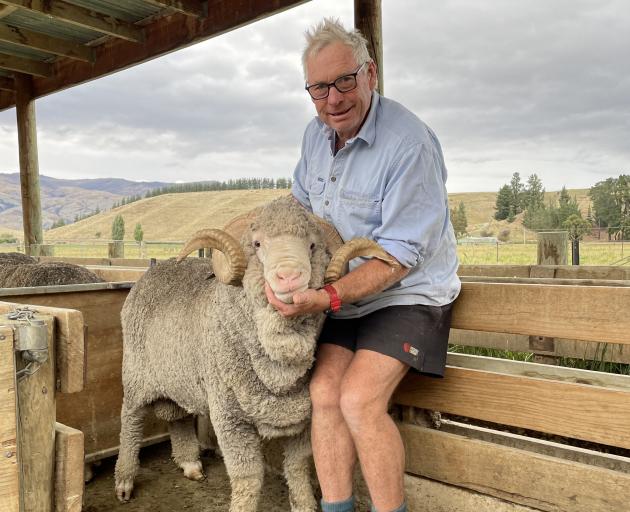 Robbie Gibson.
A magnificient mix of sheep breeds are set to compete in new classes at the 84th Wanaka A&P Show. Reporter Shawn McAvinue talks to Central Otago merino sheep farmer Robbie Gibson about why the new classes are a "big deal".

A cornucopia of competitors is flocking to enter new sheep classes at the 84th Wanaka A&P Show on Friday and Saturday.

The competition would now be a permanent fixture at the show, after being transferred from the New Zealand Agricultural Show in Christchurch.

Competitors enter a merino ram and a merino ewe — both aged between 18 months to 20 months — for judging.

The ewe and ram should share the same traits, such as a similar wool micron measurements.

"The ultimate word is pair."

Another contest featuring for the first time was the merino junior judging competition. 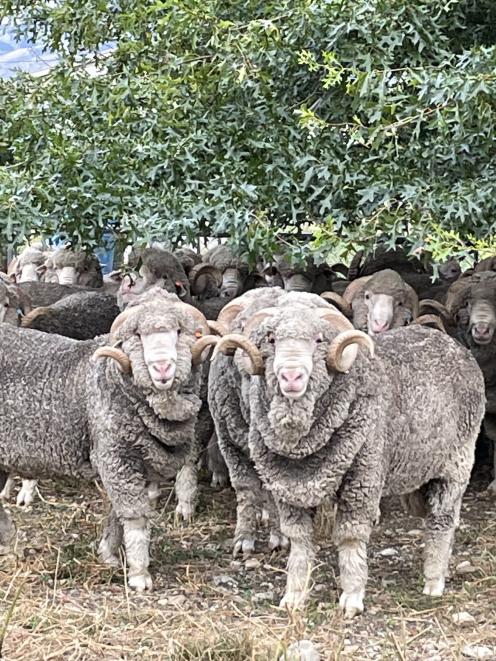 A flock of merino sheep from Malvern Downs station in Central Otago, which are set to feature at the 84th Wanaka A&P Show.PHOTOS: CHRISSIE GIBSON
The eight contestants — all aged younger than 25 — were representing one of four regions — Blenheim, Canterbury, Central Otago or Mackenzie.

Competitors would vie for a trip to compete at an agricultural show in Australia.

"They’ll ply their wares against their Australian counterparts."

Each competitor would judge four merino sheep, rank them and then make a presentation on the decisions behind their order.

Another coup for the show was the launch of the Sheep Improvement Ltd (SIL) class.

SIL — a subsidiary of Beef and Lamb New Zealand — kept a genetic evaluation database to improve the profitability of sheep farming in New Zealand.

Each sheep would have its SIL data analysed, revealing traits such as body weight, eye muscle area, fleece weight, and body condition score.

The SIL competition had resulted in the Suffolk sheep featuring at the show after a hiatus.

The 19 Dorset Down sheep set to feature at the show was about twice the number on show last year.

The record number of the fleeces had been entered for judging at the show were from farms from Blenheim to Ranfurly, he said.

The show was a major event for the region, he said.

About a quarter of the 100 merino sheep entered in the show this year were from his station Malvern Downs.

His family — including his late grandfather Hector and father Bill (93) — had been exhibiting merino sheep at the show for more than 80 years and won several supreme championship titles.