By Ruby Heyward
0 Comments
From highland dancers to livestock competitions, the North Otago A&P Show in Oamaru had it all.

However, the most exciting event was the terrier race on Saturday when 20 or so specimens, of widely varying shapes and sizes, raced to catch a dead rabbit tethered to a four-wheeler.

Taking the win was Thomas, a speedy dog who won for the second year in a row. 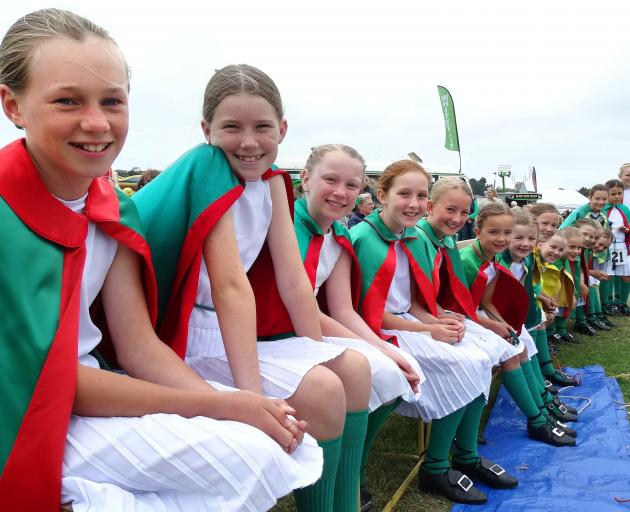 Flanked by other competitors in the highland dancing competition at Oamaru’s North Otago A&P Show are (from left) Kenzie McLachlan (11), Emily Wainwright (11) and Mikayla Criddle (10). PHOTOS: RUBY HEYWARD
His owner, Tomlyn Morrissey, of Southland, was happy to see his name on the cup again. Mrs Morrissey’s pooch was so fast the race had been restarted because he caught the rabbit before getting halfway to the finish. 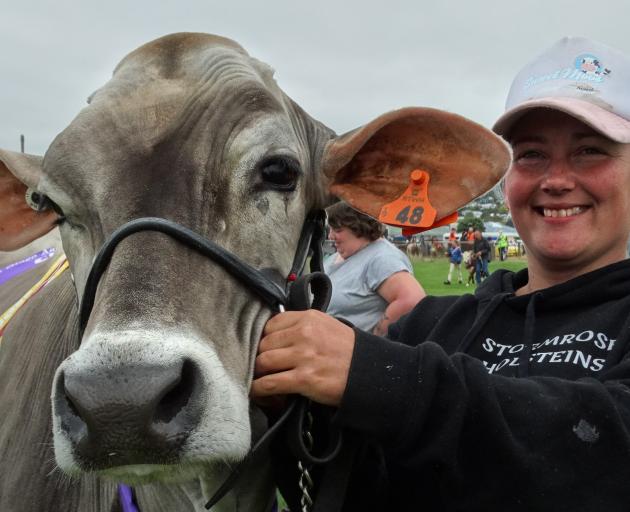 Having won four different competitions at Oamaru’s North Otago A&P Show , Ainsley Kreger-Price, of Christchurch, stands proudly with her hand-reared, Brown Swiss cow, Violet.
The mad dash caused trouble for Ciara Young, of Windsor, near Oamaru. From the sideline, Ms Young could "barely contain" her springer spaniel, Finn, who was eager to join in.

"He wished he could enter, but he’s too big."

Although he was "not clever enough" to enter the agility competition, her daughter, Molly (4), had an entry in a pet rock contest, one of the many children’s activities put on.

North Otago A&P Show committee secretary Katrina Kelly said it had tried to provide a lot of fun and free things for kids to do this year to encourage more families to come along.

Trade space convener Andy Kingan said part of the show’s appeal was its ability to "entertain on the cheap".

Which that is what the crowd wanted. 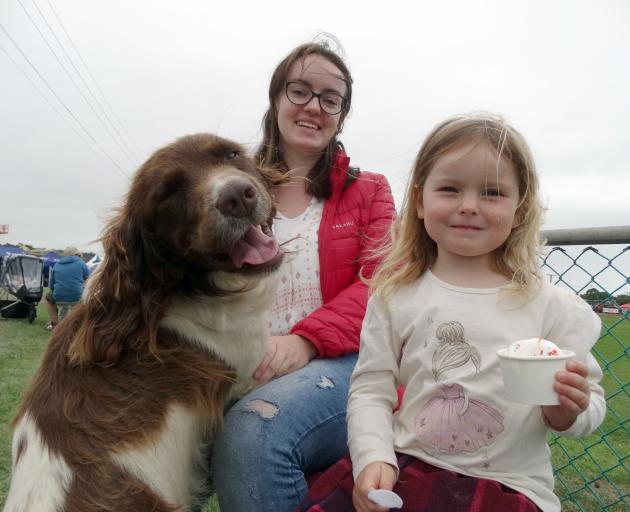 Enjoying their first time at Oamaru’s North Otago A&P Show are Ciara Young and her daughter Molly (4), with their dog, Finn.
Last year, organisers paid $3500 for a band to perform, which drew in about 10 people, Mr Kingan said.

He said people just enjoyed standing around talking to each other more than anything else.

"It’s more of a meeting place for the community."

But it was no little show. This year’s events drew a crowd of more than 3000 people on Saturday. 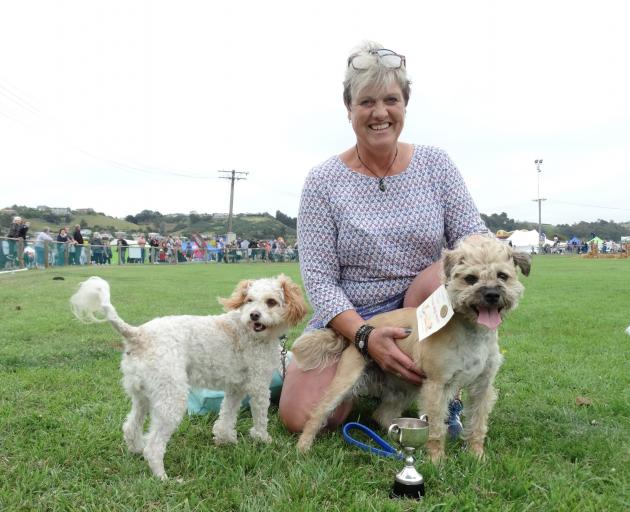 After winning the terrier race at Oamaru’s North Otago A&P Show for a second year, Tomlyn Morrissey, of Southland, celebrates with her speedy dog, Thomas.
It was Mrs Kelly’s sixth year running the show which, at 158 years old and counting, was the second-oldest A&P show in the South Island.

The shift to Alert Level 2 yesterday meant only the showjumping events were held.