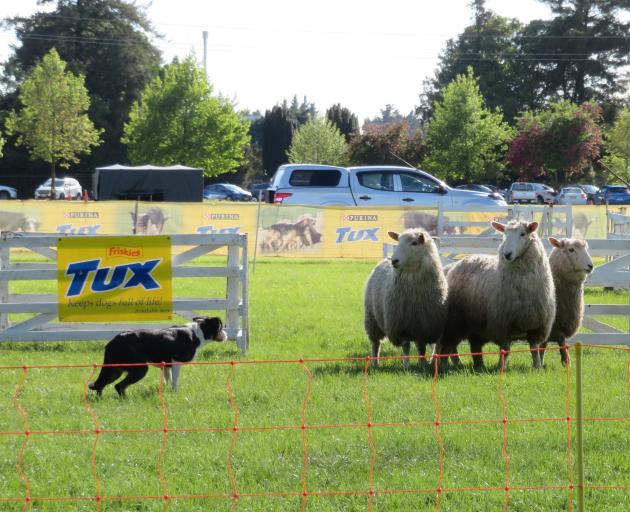 The trials, on October 30 and 31, are part of a national series and, with the drop to Covid-19 Alert Level 1, are going ahead despite the earlier cancellation of the full Ashburton A&P Show.

Among them are current and past New Zealand representatives such as Eion Herbert and Geoff Allison, as well as Tux convener Jan Tairua who is also running dogs in the event.

Mr King said competitors were entered from around the country, including many from down south.

The Tux series has already had triallists competing at Blenheim and Geraldine events, and after Ashburton they will head to Gore and then South Otago.

Each competitor will get 10 minutes for their run and begin with 100 points; points are deducted during the run for faults navigating three sheep around the course.

Each competitor runs the course once per dog and will compete in open, maiden, district or novice events.

The run includes navigating three sheep through a series of drives, a bridge, as well as through a personalised Tux course and a Maltese cross before finishing in a pen.

Mr King, formerly of Winchmore, has a long history of dog trialling himself, picking up the mantle from his late father Hugh, who was a keen dog triallist and even appeared in the first televised appearance of A Dog’s Show.

Since moving into Ashburton, Mr King is no longer a competitor but continues to be actively involved with the association.

The dog trials will run at the showgrounds on October 30 and 31.

Mr King said members of the public were welcome to come along to watch the action.

The trials start from 7.30am each day and continue until about 5pm.