By John Lewis
0 Comments
To the uninitiated, the thing could have been something from folklore, used by parents to scare the living daylights out of small children.

But as Dunedin shearer Bill Boyes took layers off what has affectionately been named "the Scroggs Hill Shaggy Swamp Monster", it became clear there was a sheep deep underneath it all.

It had been roaming around the scrub and gullies on Scroggs Hill for at least two years. 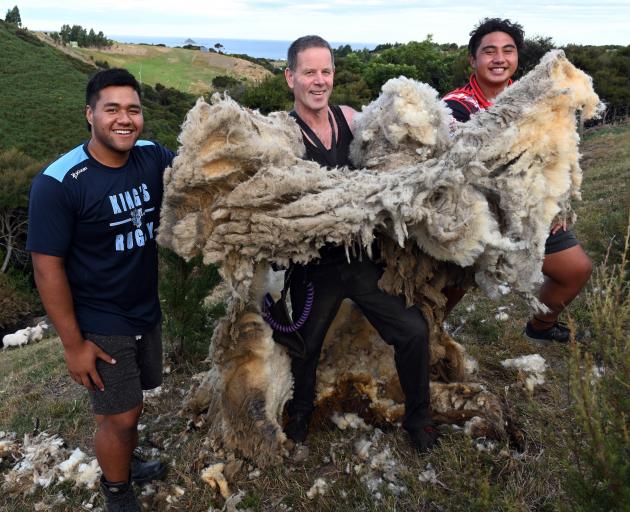 "It looked like a shaggy swamp monster. It had loads of sticks and mud stuck in its wool," Mr Misitau said.

"It would kind of be trudging and you could see it was limping because there was quite a bit of weight on it.

"Once we took all that wool off, it was prancing around." 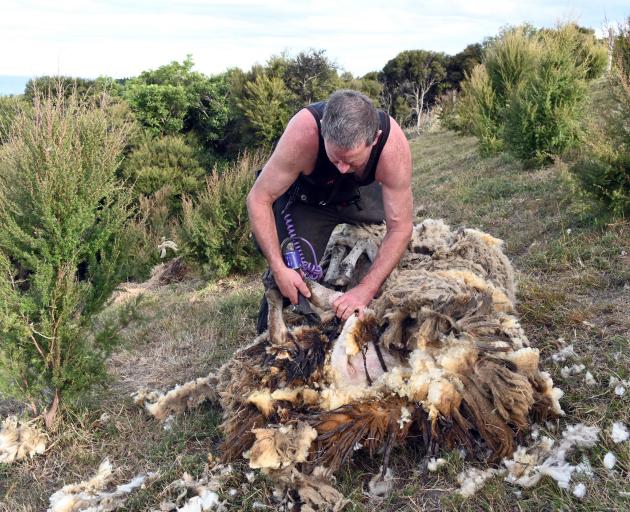 Mr Boyes shears the ‘‘Scroggs Hill Shaggy Swamp Monster’’, finally relieving it of 16.1kg of wool on Saturday.
He said Mahonri and Steve found capturing the woolly beast was relatively easy, because it was barely able to run away with its enormous fleece.

Getting it back up a steep, scrub-covered valley, on the other hand, was a pre-season rugby training exercise unlike any they had done before.

"It took all three of us to get it out of the gully.

"We had to drag it by each leg because it was too heavy to carry, especially up the incline. That took a couple of hours."

Mr Misitau said they were all surprised at how much wool, which weighed in at 16.1kg, was on the sheep. 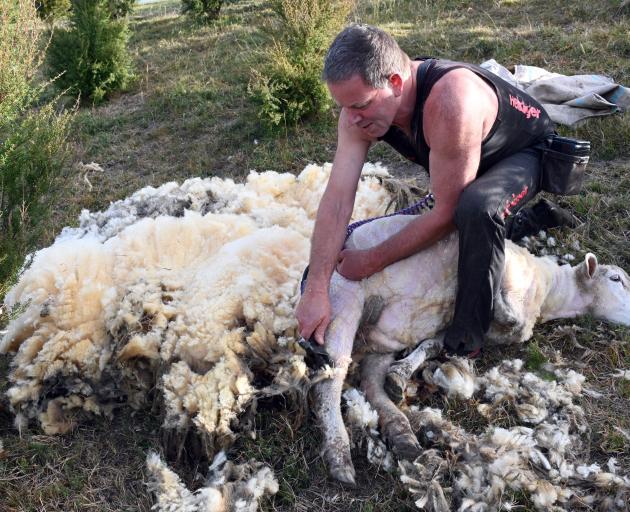 Mr Misitau was not sure who the animal belonged to.

It had been living wild in the bush beside his property ever since he moved in, and it could have come from literally anywhere, he said.