Monique Smith, of Crozier’s Free Range Turkey, talks to a customer during the winter stalls.PHOTOS: TONI WILLIAMS
Mid Canterbury boutique farmers Monique Smith and Allan Ramsay are among a handful of businesses braving the cold mornings and manning winter stalls in downtown Ashburton.

The stalls take place in the West St car park every Saturday morning and are proving a busy spot, people stopping while travelling past or making the stalls a destination to pick up their favourite locally grown supplies.

She and husband Kyle took over Crozier’s Free Range Turkey at Dromore around five years ago and, along with daughters Isla (8) and Ruby (6), are well adjusted to living on the farm, which is just north of Ashburton.

Early on they extended their product range to include paddock-reared Pekin ducks — a popular, flightless meat breed — making duck sausages, salami and bacon as well as turkey sausages.

They are the only nationwide supplier of free-range duck.

Dealing with the Covid-19 situation and its effect on the business had been a testing time and she was looking at a return to hairdressing to help finances, Mrs Smith said.

But it also had its bonuses. 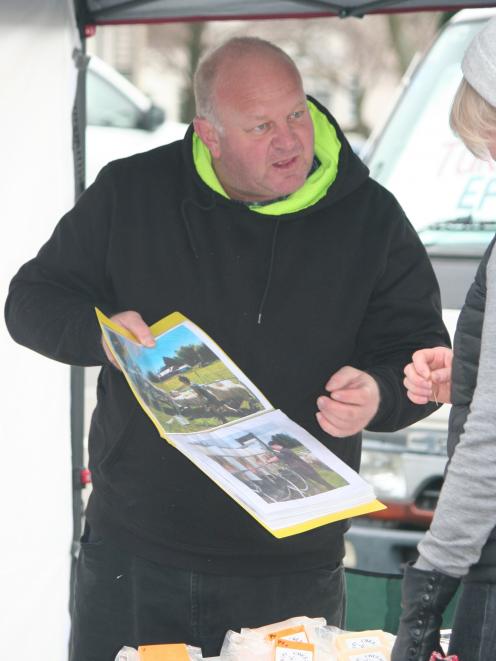 Hipi Cheese owner Allan Ramsay talks to a customer about the boutique sheep operation during the winter stalls.

The family went walking every day, had picnics and spent quality time together.

The girls both had birthdays during lockdown, which were celebrated differently from originally planned — no parties.

But her husband taught the girls how to shoot a bow and arrow at a novelty target and cast a fishing line all on the front lawn, she said. They also built a barbecue and cooked on it.

The couple sell their products at markets in Canterbury but also send out to restaurants throughout the South Island, as well as in Wellington and Tauranga.

Before lockdown birds were able to be processed and then frozen in storage, which was a blessing, Mrs Smith said.

Mr Ramsay and wife Jacy own Hipi Cheese, selling a range of boutique cheese made from sheep milk, which is naturally a2.

They have a micro-farm block of just under 2ha on the edge of Ashburton and have been in business for more than five years. Their first milking was in 2017.

The couple were able to bring their production forward and shut down operation prior to lockdown.

"Cheese is an awesome product. It can sit in a cheese room and wait," Mr Ramsay said.

"We were thankful we were not dealing with a fresh product," he said.

The couple were able to spend quality time with children Hamish (11) and Jayden (18 months).

But also came up with a new product which has just been launched — a marbled cheddar cheese.

Their flock of 24 is mostly East Friesian milking ewes, but the Ramsays are talking to MPI about doubling their numbers in future with more Dairymead genetics.

They will run the sheep in two milking mobs.

All the ewes are in lamb and due at the end of September. 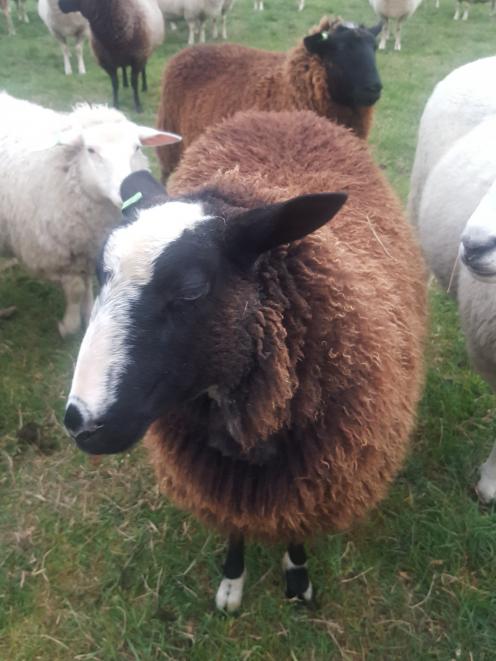 The Ramsays are talking to MPI about doubling numbers to include more Dairymead genetics.

The Ramsays have spent the past few years getting established with their sheep stock and processes. They run the sheep, milk them and then process the milk for cheese themselves.

The milking plant, which takes six at a time, has the same basic features as a 1960s cow shed with some 2019 features, such as a vacuum pump and modern pulsators.

Milking takes around half an hour and averages about 30 litres of milk, followed by intense hygiene measures. Then the milk is pasteurised ready for cheese-making.

The hard cheese is then sold at farmers markets in Ashburton, Geraldine and Oxford or through Facebook.

European travellers had been particularly fond of the sheep product but Kiwis had been a bit reserved about trying it, those who did being pleasantly surprised, he said.