A still from a security camera on John Knight’s property, showing a man hunting unlawfully. PHOTO: SUPPLIED
A Dunedin man wants a crackdown on poaching, as it is revealed the South has the highest rate of illegal hunting in the country.

Prof John Knight is lobbying the Government for a law change to increase the penalties in a bid to deter poachers after getting fed up with people hunting illegally on his land.

Over the past five years, 82 proceedings have been initiated by police for unlawful hunting in the South.

The next closest police district was Bay of Plenty, with 61.

Both Northland and Counties-Manukau had none.

Prof Knight has experienced the blight of poaching first-hand, on more than one occasion.

He and wife Dr Alison Knight have owned 229ha in Tuapeka West, bordering the Clutha River, since 1981.

They got so annoyed with poachers, they installed dozens of security cameras on their property.

"It makes you feel incredibly unsafe, when you’re hunting on your own property or your friends are ...

"You’re worried somebody might get shot accidentally," he said.

That move paid off, and a man was last year sentenced to 250 hours’ community work and ordered to forfeit his firearm and boat to the Crown after being photographed illegally hunting on the land.

He was charged with two offences under the Wild Animal Control Act, but Prof Knight is lobbying the Government to change the Arms Act so police can charge hunters under that instead.

Under that Act, it is an offence to be in possession of a firearm if it is not for a lawful, proper or sufficient purpose and breaching that can lead to a prison term of up to four years or a fine of up to $5000.

But it has become case law in New Zealand that hunting in itself is not an illegal activity.

Prof Knight spoke to Taieri MP Ingrid Leary about the issue, after failing to convince a select committee last year.

Ms Leary said she was investigating whether changing the wording of the law would make a difference to the number of poachers caught.

"If it would make a material difference, I’ll pursue it further," she said.

Otago coastal prevention manager Inspector Craig Brown said the South had a large number of hunters, which could account for the higher numbers.

Technology was improving in terms of security, and people were also getting better at reporting illegal hunting, he said. 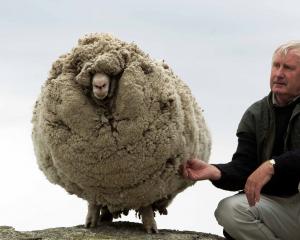